India’s Coal Imports Are An Economic Reality, And Why Coal Sector Efficiency Gains Since 2014 Should Be Acknowledged 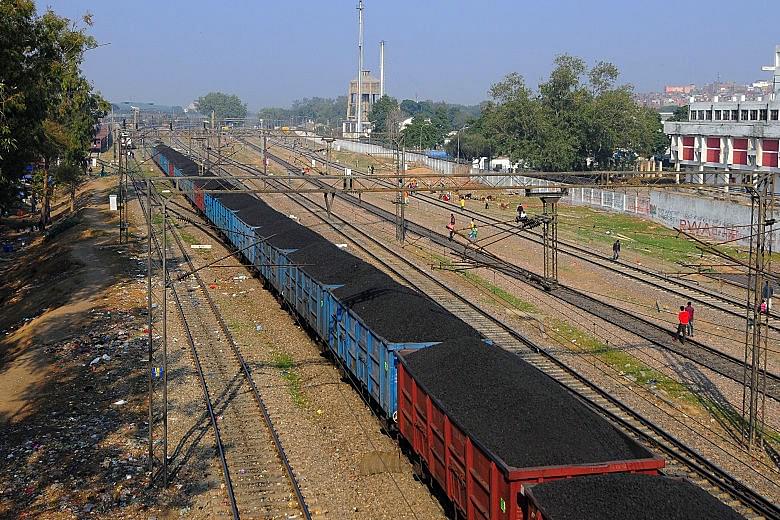 Despite robust economic growth, low inflation and strong consumption, India is lately facing macroeconomic headwinds. The crude is on a boil, the US-China trade war has created global uncertainty, the rupee is rebalancing itself after a long period of stability, and the trade deficit has been widening in the financial year 2018-19.

While a lot of factors are global and impact emerging markets other than India too in general, trade imbalance is one area where questions have been asked of the Narendra Modi government. In August 2018, Indian imports topped $45 billion, growing 25 per cent in dollar terms and 36 per cent in rupee terms over August 2017.

Despite these massive reserves, India imported 208 metric tonnes (MT) of coal in 2017-18. This anomaly is explained by the fact that India’s coal is of poorer quality and has a lower gross calorific value (GCV). India’s thermal power plants typically have higher specific coal consumption – the quantity of coal required to produce one unit of power. Indian plants use 0.64 kilogram of coal to generate one unit of electricity, which is almost 40 per cent higher than the corresponding use in the US.

The main consumers of coal are thermal power generation plants, cement factories and steel factories along with relatively smaller users like fertiliser, paper, glass and brick industries. The steel industry requires coking coal, which is of higher quality, sees heavy import every year. But in the recent months, the total coal import has gone up.

Normally the coal import for power generation is considered price elastic. However, despite the benchmark Australian Newcastle coal prices at six-and-half years’ high of $120 per tonne, up 18 per cent over the year, Indian coal imports have not fallen. In August, like in July, India imported almost 17 MTs coal.

On the supply side, Coal India Limited (CIL) and Singareni Collieries Company Limited (SCCL), the central public sector enterprises (CPSE), have a near monopoly on coal production in the country. CIL is the main player, which provides coal linkages to power producers and captive power plants.

Unfortunately, this production growth has been insufficient to service the needs of a growing economy. There have been three main challenges.

Firstly, CIL has to service existing coal linkages for power plants. As the need for coal for captive power goes up, it has not been able to fulfill all demand. The captive power plants are used by commodities and manufacturing industry; with about 30 gigawatts (GW) of coal-fired power plants in use.

Secondly, CIL off-take has been under target in 2017-18, where the off-take stood at 580 MTs against a target of 600 MTs. While Indian Railways took several measures to improve the off-take, there was still a 3 per cent shortfall in the last financial year. With several new railway lines being commissioned in Chhattisgarh and Jharkhand over the last couple of months, the capacity of Indian Railways to transport more coal will gradually improve.

Thirdly, the private coal mining hasn’t taken off yet. In late 2014, the Supreme Court cancelled the licences of coal mines assigned during the previous Congress regime. After this, the Modi government conducted transparent coal auctions, where 83 mines have been allocated until August 2018. However, not all mines are operational yet. There has been delay due to litigation as well as due to issues in obtaining necessary clearances for mine operations. In fact, mines allocated even for National Thermal Power Corporation (NTPC) and some of the state utilities are under litigation. Finally, 50 of these 83 mines are supposed to be operational only between 2018-19 and 2022-23, with pre-work on site and production readiness taking its own time.

So while CIL has improved its operations and market readiness, it has not been sufficient to meet the coal demand. While this signifies robustness in the economic activity, it also puts higher onus on CIL to reform further to scale even quicker. As the transportation as well as the non-CIL coal mining capacity grows in the next few years, the import stickiness may reduce.

There is another facet to how coal imports have evolved over the years. From 2009-10 to 2013-14, coal imports grew at a cumulative average growth rate (CAGR) of 22.6 per cent. This was on account of slow pace of increase in coal production by the CIL as well as several power plants been specifically designed for imported coal in the United Progressive Alliance-2 (UPA-2) government. However, this import growth rate was arrested by the Modi government.

The temporary spike has been caused due to the abovementioned factors as well as due to spike in thermal power requirements. With the 2018 monsoon season ending at 9 per cent deficit, higher agricultural power use has been reported from Maharashtra, Karnataka and Telangana, which has resulted in higher spot power prices as well as more thermal power generation.

The chart below shows how the coal import trend has been curtailed in the recent years.

This reversal in the import trend growth came with no major impact on power generation. In fact, although the power sector accounts for most of the coal consumption in India, the coal imports for this sector have actually reduced in this decade.

The following chart shows the growth in power generation in relation to coal imported for power sector.

The increase in domestic coal availability has helped the power generation sector in the last four years, reducing the cost of production on account of reduced imports. This is reflected in lower coal imports until 2016-17 compared to previous two financial years. Another factor why power sector imported lesser coal was the improvement in specific coal consumption – from 0.7 kg per unit in 2014-15, Indian power plants have improved the generation efficiency, now using 0.64 kg per unit in 2017-18.

The rise in coal imports in the financial year 2018-19 has just come at a bad time, despite the overall ecosystem efficiency gains made in the last four years under Piyush Goyal’s stewardship. The demand – supply mismatch has occurred just when the oil and gold imports are also rising. With the steel sector turning around, the coking coal import will also continue to rise for the foreseeable future.

For the power sector, however, the roadmap is clearer. In the short term, a concerted effort is required by all miners to ramp up local production. For the long term, the government has already set in motion entry of new miners outside of CIL and SCCL, but their impact will only be seen gradually over the next five years. The biggest lever continues to be CIL reform and fine-tuning its operations. With no possibility of breaking down the CPSE and certainly not of privatising any part of it, this is a battle of patience.

Meanwhile, coal imports for the economy as a whole are not going away anytime soon.