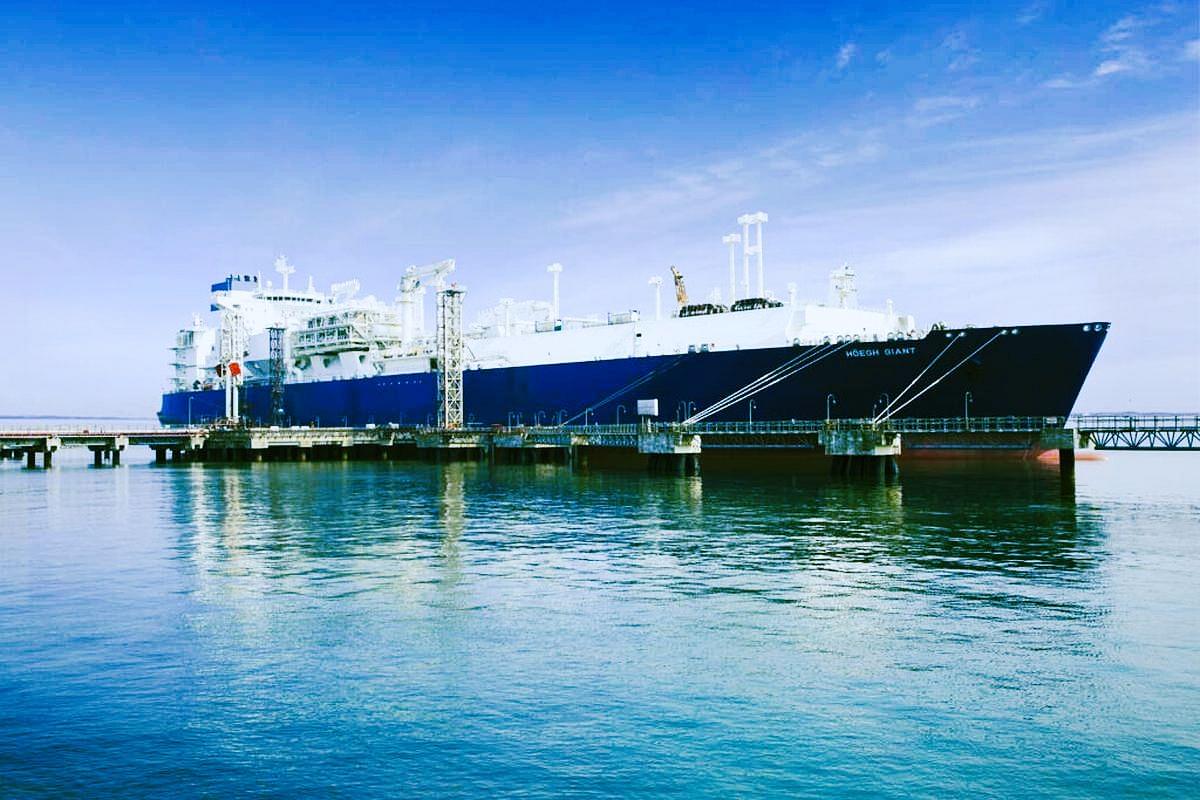 India’s first floating terminal for liquefied natural gas (LNG) at Jaigarh in Maharashtra is expected to be operational in the second half of 2022. Besides, another floating terminal at Jafrabad in Gujarat is also likely to begin operations this calendar year.

“In India, two floating storage and regasification units (FSRUs) based terminals, at Jaigarh and Jafrabad, are currently under development and are expected to start operations in 2022 after pandemic and weather-related delays,” the International Gas Union (IGU) said in its World LNG 2022 report.

India’s first FSRU-based terminals, which were initially due to be commissioned in early 2021, are likely to see operations starting up in the second half of 2022, noted the report.

Large reserves of natural gas exist around the world, often in areas where there is no market or where the resources exceed the demand. Therefore, this natural gas must be shipped to areas where there is demand, and, to reduce costs, the gas is liquefied, reducing its volume by about 600 times. Thus, the storage and regasification system usually occurs in onshore plants.

The LNG is stored in a double-walled storage tank at atmospheric pressure until needed. Then, the LNG is pumped at a higher pressure and warmed until it turns into gas again. From this viewpoint, the FSRU is becoming a new economic and flexible alternative for the storage and regasification system.

FSRUs are used for LNG storage and regasification in addition to being regular LNG carriers except for a few examples of non-propelled FSRU barges. Compared to traditional onshore regasification plants, FSRUs offer better flexibility, lower capital outlay and a faster means of exploiting LNG-sourced natural gas.

In 2022, a total of 45 FSRUs make up 7 per cent of the active global LNG fleet. Ship owners Hoegh, Excelerate Energy and BW continue to operate the largest fleets of active FSRUs, while new player New Fortress Energy has entered the market through the acquisition of Golar units.

As the world’s fourth-largest LNG importer, India has experienced exceptionally strong growth over the past decade, increasing its import capacity by more than 160 per cent. Despite accounting for only 39.5 MTPA of regasification capacity by the end of 2020, India has another 30 MTPA of capacity under construction as of April 2022, the report said.

India currently has a total of six operational import terminals. No new LNG import terminals were commissioned in 2021, with Mundra LNG being the last one coming into operation in 2020, adding 5 MTPA of regasification capacity.

The country is building five new terminals and carrying out expansion projects at one onshore terminal. Showing a preference for floating terminals, three out of five new terminals under construction are FSRUs, all of which are expected to become operational in 2022.

LNG is imported under open general licensing (OGL) category on the terms and conditions mutually agreed upon between the buyers and sellers. After regasification, the imported LNG is distributed to industries and domestic consumers through existing trunk pipeline networks passing through various states.

The six LNG import terminals meet a regasification capacity of 39.5 million metric tonne per annum (MMTPA) between them — Dahej (17.5 MMTPA), Hazira (5 MMTPA), Dabhol (2 MMTPA), Kochi (5 MMTPA), Ennore (5 MMTPA) and Mundra (5 MMTPA) — all except one are located on the west coast along the Arabian Sea.

The Dahej LNG import terminal located at the port of Dahej in Gujarat is India’s first LNG receiving and regasification facility operating since 2004. The 17.5 MMTPA LNG import facility is owned and operated by India’s biggest LNG importer Petronet LNG. The terminal is meeting around 40 per cent of the total gas demand of the country.

In 2013, the Konkan terminal (formerly called Dabhol LNG), located south of Mumbai was placed in service. The Kochi LNG import terminal in Kerala which is located adjacent to the Kochi refinery was commissioned in 2013 and is operated by Petronet LNG.

The Ennore LNG terminal at the Kamarajar Port, Ennore, is the first LNG terminal on the East Coast. Developed by Indian Oil, through its joint venture company Indian Oil LNG Private Limited, the 5 MMTPA capacity terminal was commissioned in March 2019.

Jointly owned by Gujarat State Petroleum Corp (GSPC) and Adani Group through GSPC LNG, the Mundra terminal in western Gujarat has an annual capacity of 5 MMTPA and began commercial operations in February 2020.

HPCL Shapoorji Energy Private Limited (HSEPL), a wholly-owned subsidiary of Hindustan Petroleum Corporation Limited (HPCL) is constructing a 5 MMTPA LNG Terminal at Chhara, Gujarat at a project cost of about Rs 4,300 crore which is likely to be completed by end of calendar year 2022. The project is further expandable to a capacity of 10 MMTPA in future.

Similarly, Dhamra LNG terminal — a 5 MMTPA LNG terminal is under construction at Dhamra Port, in the Bhadrak district of Odisha. It will be the second LNG import terminal to be built on India’s east coast, after Ennore terminal. The project is being jointly developed by Adani Group (50 per cent) and the French multi-national oil and gas company Total (50 per cent).

India’s first FSRU is being commissioned at H-Energy’s Jaigarh Terminal in Maharashtra. The LNG terminal is located at JSW Jaigarh Port in the Ratnagiri district of Maharashtra, on the west coast of India. The port is the first deep water, 24x7 operational private port in the state.

The 2017-built Hoegh Giant FSRU, with a storage capacity of 170,000 cubic metres and installed regasification capacity of six MTPA, arrived at Jaigarh in March 2022. The FSRU will deliver regasified LNG to the 56-kilometre-long Jaigarh-Dabhol LNG natural gas pipeline, connecting the LNG terminal to the national gas grid.

Swan Energy is leading the project of constructing and operating an LNG receiving terminal offshore of Jafrabad in Gujarat. The first phase of the project includes LNG port facilities using an FSRU with a regasification capacity of five MMTPA

The FSRU was initially expected to be commissioned in early 2020. However, two cyclones and the pandemic delayed the construction of a breakwater required to ensure that it is an all-weather facility. The facility, which is partially owned by Swan Energy, is expected to come online in the second quarter of 2022.

Owned and operated by Atlantic Gulf and Pacific, an LNG logistics and distribution company based in Singapore, the Karaikal LNG import terminal (Karaikal LNG) is being built on a 12-hectare site within the Karaikal Port, which enjoys the only deep-water access on the east coast of India south of Chennai.

It is strategically located 280km south of Chennai and in close proximity to Tamil Nadu’s thriving manufacturing clusters. Karaikal LNG will include a floating storage unit leased through a long-term charter agreement with the Abu Dhabi National Oil Company’s logistics and services division, providing an efficient solution that will enable the supply of this clean fuel to be affordable.