India’s Parking Woes: What’s The Way Out Of The Problem? 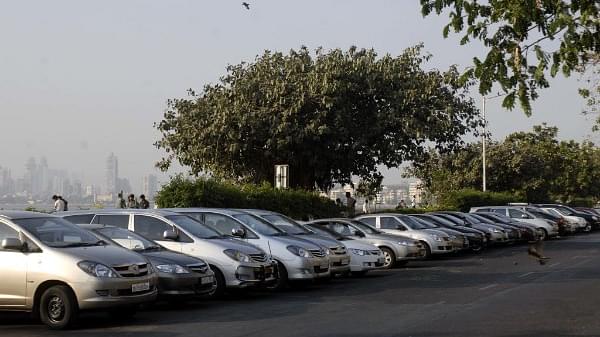 Abhinav, 24, is a resident of South Delhi and travels to Gurugram every day for work. While traffic is one of his obvious problems, a bigger issue, according to him, is finding a space to park his car. He says: “Even though my office employs around 50 people, there are no arrangements for parking our vehicles. As a result, we park by the road, which leads to congestion on the road during peak hours.” And as this is not authorised parking, Abhinav and others like him face the fear of damage to their vehicles. Ritu, a resident of GTB Nagar in Delhi, during her evening walk says her colony has no common parking space for vehicles and, as a result, the streets are perennially clogged, making them unsuitable for walking.

This is not the story of Delhi alone but of most Indian and international cities. Rapid economic growth and migration to the cites have led to rapid urbanisation and put pressure on metropolitan infrastructure. A recent global study of parking in big cities across the world suggests that the average city driver spends an average of 18 to 20 minutes searching for a parking space, resulting in stress, wastage of fuel, increased emissions, congestion on streets, and decrease in productivity. The study by IBM points out that “drivers in Nairobi averaged 31.7 minutes in their longest search for a parking spot, and commuters in Bangalore, Beijing, Buenos Aires, Madrid, Mexico City, Paris and Shenzhen all reported means significantly above the worldwide average. Seventeen per cent of drivers in Milan and Beijing and 16 per cent of drivers in Madrid and Shenzhen spent 31 to 40 minutes looking for parking.”

As per a study done by Frost & Sullivan, a commuter in Delhi spends over 80 hours, driving more than 150 miles more every year, looking for parking spaces.

While the number of cars on the roads has expanded rapidly, the space in Indian cities has either remained the same or reduced due to the population pressure. This imbalance is the most important factor affecting mobility and accessibility in our cities. This is especially true for metropolitan areas, where land is limited and expensive and the rising need for parking spaces has further put pressure on land resources. For example, in New York midtown area, the road area per person is 33.3 sq m; in Mumbai's Null Bazaar, it is a meagre 1.7 sq m. This means that a vehicle that stands in Mumbai’s Null Bazaar imposes nearly 20 times as much cost than it does in New York midtown area. Excessive use of private vehicles affects the environment and the public at large, but still private vehicles continue to be a preferred and convenient mode of transport.

Another study shows how public transport plays an important role in relieving pressure off existing roads and spaces. The Centre for Science and Environment found that in Connaught Place, Delhi, parking demand declined by 10 per cent after the metro came up. By developing a stronger mass transit network, valuable space given to parking lots may be reduced to a great extent. While city governments and planners have to work towards discouraging the use of private vehicles in favour of public transport in the long term, providing parking spaces for existing vehicles is a challenge today.

Several solutions have been suggested by planners to tackle the problem. One of the most popular solutions across the world is charging people for parking. There is a general consensus on this across the board that charging for parking can de-clutter central business districts as well as encourage people to move to public transport at least during the peak hours. A recent study of Christopher Kost, Ranga C, and Shreya Gadepalli published by The Institute for Transportation and Development Policy has some valuable proposals:

Smart sensor-based parking is another way that is being adopted increasingly by cities to relieve pressure and optimise the use of available spaces. In such a system, whenever a car gets parked in the parking slot, it is detected by the sensor. Real-time information from the sensors is stored on a server and then sent on a mobile app. This provides the driver with a real-time map of available spaces. This would also allow drivers to reserve a parking spot at a convenient parking lot based on their preference, the traffic condition, and availability of public transport. This would also facilitate the payment of parking fee directly from the app, reducing the need for cash payments. This significantly cuts down the amount of time spent searching for parking spaces and, crucially, reduces the environmental impact resulting from congestion and emission in urban areas.

While conventional thinking has been to increase parking spots, smart cities are now adopting smart ideas. Globally, the focus has changed – instead of promoting unlimited supply of free parking, the current wisdom is that parking demand and personal vehicle usage should be restrained. While there is no single magic pill or step that can define the method and approach towards parking management, a smart set of interventions needs to be laid out for an effective programme.