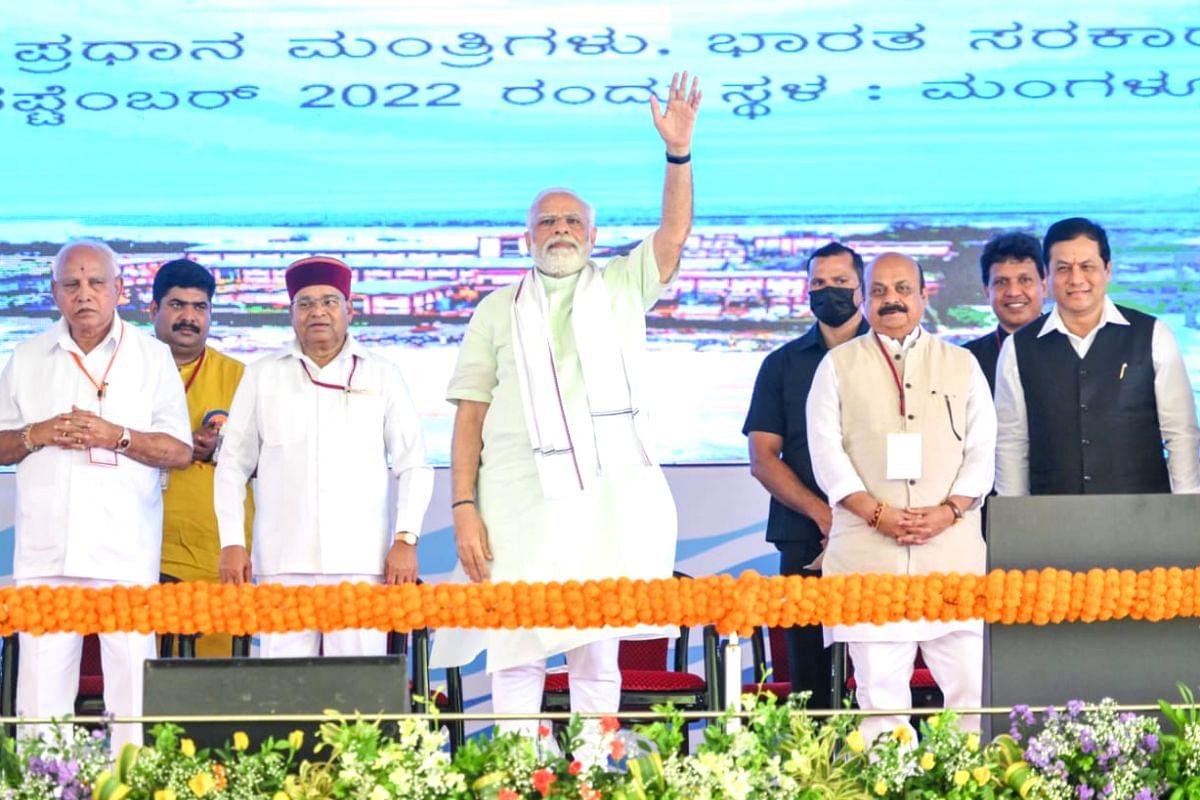 Projects worth Rs 3800 cr launched by PM Modi In Mangaluru.

Prime Minister Narendra Modi inaugurated and laid the foundation stone of mechanisation and industrialisation projects worth around Rs 3,800 crores in Mangaluru.

PM Modi inaugurated the project worth over Rs 280 crore for mechanisation of Berth No.14 for handling containers and other cargo, undertaken by the New Mangalore Port Authority.

As per a release, the mechanised terminal will increase efficiency and reduce the turnaround time, pre-berthing delay and dwell time in the Port by around 35 per cent.

Phase I of the project has been completed, thereby adding over 4.2 MTPA to the handling capacity, which would further increase to over 6 MTPA by 2025.

He also laid the foundation stone of five projects worth around Rs 1,000 crore undertaken by the Port.

The facility will bolster Pradhan Mantri Ujjwala Yojana in the region while reinforcing the Port’s status as one of the top LPG importing ports in the country, said the release.

These projects will improve the turnaround time of bitumen and edible oil vessels and reduce the overall freight cost for trade.

The foundation stone for developing the Fishing Harbour at Kulai was also laid today. This is said to facilitate the safe handling of fish catch and enable better prices in the global market. The project will be undertaken under the Sagarmala Programme.

The first, worth around Rs 1,830 crores, will facilitate the production of ultra-pure environment-friendly BS-VI grade fuel (with sulphur content less than 10 PPM).

The Sea Water Desalination Plant, costing around Rs 680 crores, will help reduce dependency on fresh water and ensure a regular supply of hydrocarbons and petrochemicals throughout the year.

Having a capacity of 30 million litres per day (MLD), the Plant converts seawater into water required for the refinery processes.