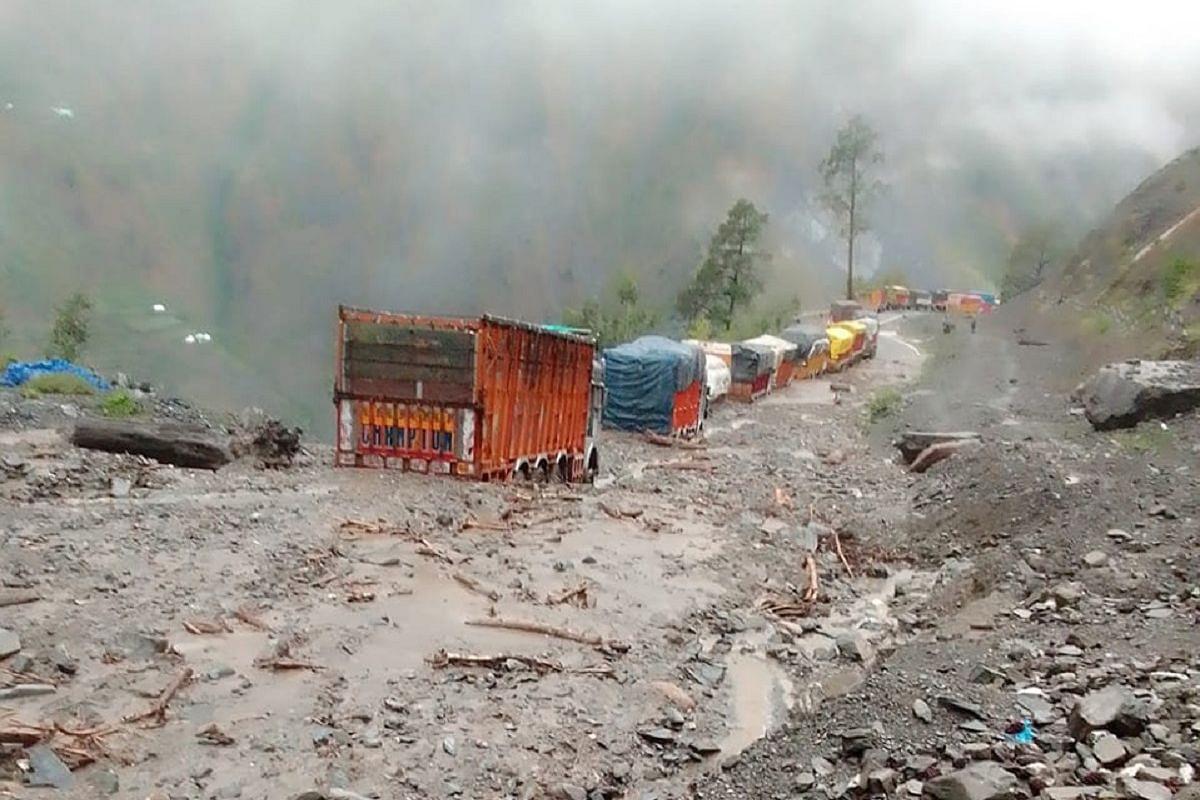 Hundreds of vehicles, stranded for four days, were allowed towards Kashmir on Friday night as one way was restored on the Jammu-Srinagar national highway after freshly building a road stretch to replace the one washed away in flash floods, officials said.

The 270-km highway was blocked since Tuesday due to landslides, mudslides and shooting stones at 33 places in Ramban and Udhampur districts.

”The highway has been reopened for traffic. On June 20, highway was closed due to shooting stones at Panthiyal. So, traffic was stranded”, Senior Superintendent of Police (SSP) national highway, Shabir Ahmad Malik told reporters on Friday night.

Malik said while all blockades were removed and traffic cleared, the major problem of washing away of the road patch at Dewal bridge near Samroli on June 21 took three-and-half-days to be cleared.

”The base of road was washed away. A new road patch was created and traffic was restored tonight”, he said. Traffic was allowed towards Kashmir, and with this, over 1,500 vehicles that were stranded since almost four days, including the convoys carrying langars for the Amarnath Yatra, were let go, he said.

On Saturday, traffic from Srinagar to Jammu will be allowed, he added. A 150-feet-long road stretch and an under-construction bridge on the highway were also washed away due to flash floods triggered by heavy rains.

On Thursday evening, officials were upbeat about clearing the approximately 1,300 stranded vehicles on the highway by this evening, saying the road clearance work was being carried out on a war footing.

However, it took a major hit this afternoon as a fresh landslide occurred on the hill top, bringing the restoration work at Dewal bridge near Samroli to a halt, officials said.

Deputy Commissioner, Ramban, Mussarat Islam, who personally monitored the road clearance operation, said the district administration made arrangements for night stay, meals and other facilities for the stranded passengers. “The shuttering of under-construction Peerah bridge was washed away due to heavy rains (on highway)", a police official said, adding that the one which is normally used for traffic is safe.

In Udhampur district, a 150-foot stretch of the Jammu-Srinagar highway was washed away on Wednesday near Toldi Nallah, 16 kilometres away from the town, they said.