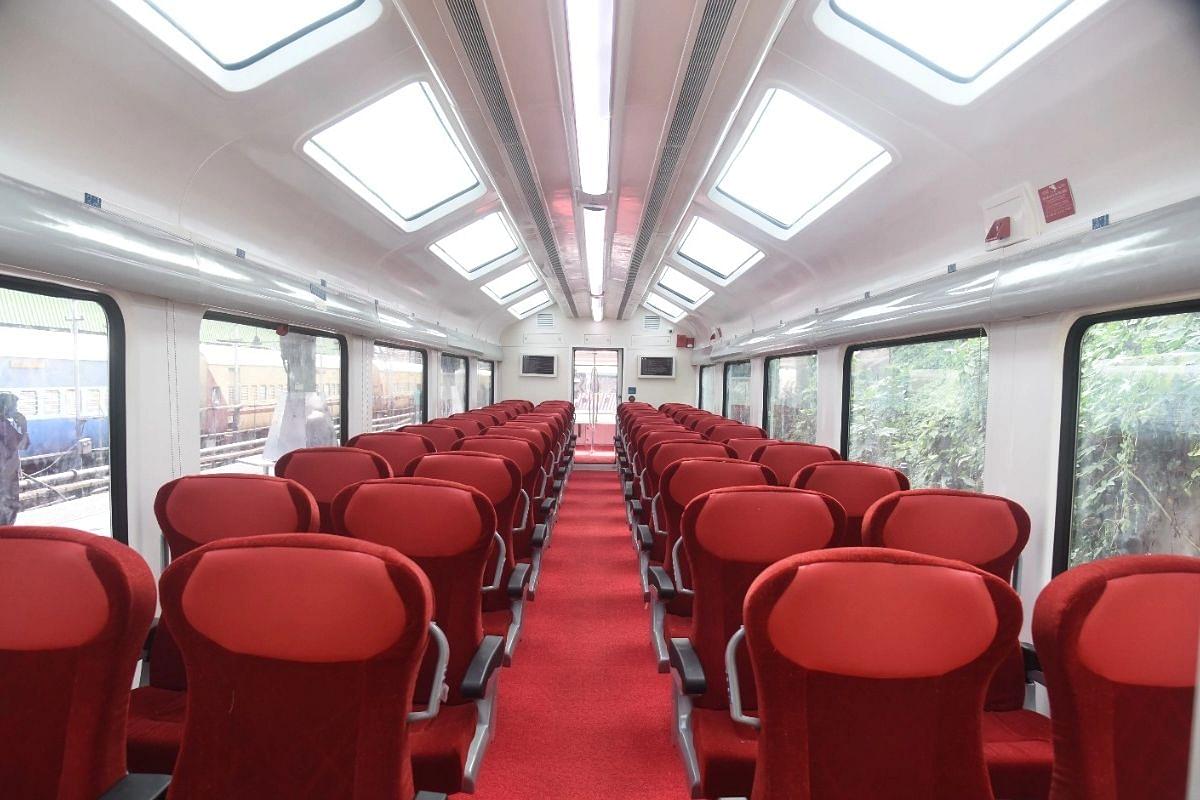 A view of seating in Vistadome coaches.

Central Railway has recorded an occupancy of 49,896 passengers leading to revenue generation worth Rs 6.44 crore from October 2021 to 23rd May, 2022 in the newly introduced Vistadome coaches.

“Whether it is the breath-taking views of the valleys, rivers and waterfalls along the Mumbai-Goa route or the spectacular views of the western ghats along the Mumbai-Pune route, these coaches with glass tops and wide window panes have proved to be a hit,” a Railway official was quoted in a report by the Times of India (TOI).

The CSMT-Madgaon-CSMT Janshatabdi Express has registered the most occupancy with 18693 passengers bringing about revenue of Rs 3.70 crore for the national transporter.

Meanwhile, the CSMT-Pune-CSMT Deccan Queen has witnessed a 99 per cent occupancy from the Pune to Mumbai route. It has clocked income worth Rs 1.63 crore. The Deccan Express has also recorded 100 per cent occupancy to go with a revenue of Rs 1.11 crore during the aforementioned time period.

The Vistadome coaches were first unveiled in the Mumbai-Madgaon Janshatabdi Express back in 2018. Following its growing popularity, they were then introduced in the Mumbai-Pune Deccan Express from 26th June last year. The second Vistadome coach was attached on the Deccan Queen from 15th August, 2021 onwards.