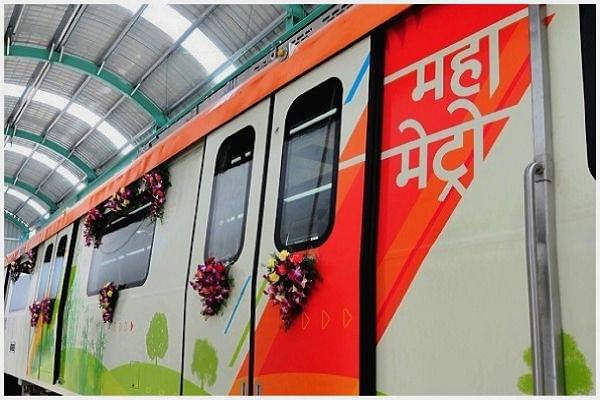 Work on India’s first metro network began in Kolkata in 1972. The first train — two non-air-conditioned rakes manufactured by the Integral Coach Factory in Perambur — rolled out of the city’s Esplanade station in October 1984, travelling 3.4 km to Bhowanipore (now Netaji Bhavan).

However, it was not till 2002, when Atal Bihari Vajpayee boarded a train from Kashmere Gate station of the all-elevated section of the Delhi Metro, that India truly entered the metro age.

In a decade and a half since then, India has brought eleven cities — Chennai, Bengaluru, Hyderabad, Lucknow, Jaipur, Gurgaon, Mumbai, Noida, Ahmedabad, Nagpur and Kochi — on the metro map.

In the last few years, the government has doubled-down on its effort to extend the metro network. It has raised budgetary allocation by over 250 per cent to Rs 42,696 crore in the 2015-18 period from the previous Rs 16,565 crore allocation for the 2012-15 period.

As a result, the total operational metro network, including that in Kolkata and Delhi, is now around 700 km.

With major metropolitan areas on the metro map, both the centre and the states have rightly turned their attention towards tier-II cities. In these cities, rapid transport can be constructed today at lower costs and before increasing population density due to urban sprawl makes development of such infrastructure difficult.

The following tier-II cities will have up-and-running metros soon:

Uttar Pradesh CM Yogi Adityanath's home turf, Gorakhpur, is the latest addition to the list of tier-II cities where metro projects have been proposed.

A detailed project report for the proposed metro has been prepared. Envisioned as a Light Rail Transit System, the project is likely to cost Rs 4,100 crore. The plan is based on the projected population of the city in 2041. Gorakhpur’s population is likely to grow to 23 lakhs by then from 14 lakhs currently.

It will be operated by the Uttar Pradesh Metro Rail Corporation (UPMRC) and is likely to have two corridors — north-west to south-east and north-east to south-west —and 27 stations.

The first corridor will connect the city’s Shyam Nagar area with Sooba Bazar, covering a distance of around 16.9 km. Gorakhpur Railway Station, All India Institute of Medical Sciences, Gorakhnath Mandir, Ramgarh Lake and Madan Mohan Malaviya University of Technology are among the 16 stations on this route.

The Lucknow Metro Rail Corporation has surveyed the routes.

Metro for Kanpur, the industrial hub of UP, was approved by the centre in February 2019. The Lucknow Metro Rail Corporation, which is implementing it, has started awarding contracts for civil work.

As of now, Kanpur Metro will have three corridors. The first corridor, stretching for 24 km, will link the Indian Institute of Technology with Naubasta on National Highway 34. While 15.1 km stretch of the corridor will be elevated, 8.6 km will be built underground to avoid congestion in the busy parts of the city.

The first 15.1 km elevated stretch will have 22 stations including Kanpur University, and the Central Railway Station.

The second stretch, covering 8.6 km underground, will connect the University of Agriculture and Technology and Jarauli. The stretch will have eight stations, including Rawatpur Railway Station, Kakadeo, Vijay Nagar Chauraha and Govind Nagar.

A new line to connect Kanpur Airport’s new terminal at Mawaiya with the Central Railway Station and other parts of the city is also being planned. This line is likely to have both underground and elevated stretches.

Earlier this month, AFCONS Infrastructure Limited bagged a nearly-700 crore contract for the construction of nine metro stations in the first phase of the metro project. Work on the project is likely to begin as early as October 2019.

The Agra Metro project was necessitated by the city’s growing population, which currently stands at around 24 lakhs. It is a prominent tourist destination, home to three UNESCO World heritage sites – the Taj Mahal, Agra Fort and Fatehpur Sikri.

The first corridor, which will be 14 km long, will run from Sikandra to Taj East Gate. A 6.3 km stretch of this corridor will be elevated and 7.6 km will be underground. The second corridor, stretching from Agra Cantonment to Kalindi Vihar, will be 15.4 km long.

While the first corridor will have 13 stations — 6 elevated and 7 underground, the second corridor will be completely elevated, with 14 stations. Together, the two corridors will link all prominent tourist sports in the city, including the Taj Mahal, Agra Fort, Hing Ki Mandi and Jama Masjid.

The Agra Metro project is likely to cost around Rs 8,415 crore. Under the current plan, the state and the centre will each provide 20 per cent of the equity while the remaining amount will be raised through loans. The Yogi Adityanath government had allocated Rs 175 crore from this year’s budget for preliminary work.

This project was approved by the Gujarat government in 2017 and the centre in 2019. Around 70 lakh people of the Surat Municipal Corporation, including the outgrowth areas forming the urban agglomeration, are likely to benefit from the project, directly or indirectly.

The project will be implemented by the Gujarat Metro Rail Corporation. The first phase is likely to cost Rs 12,114 crore.

Four of the 38 stations in the first phase will be developed by the local body on Public Private Partnership (PPP) basis. The estimated cost of one station is Rs 111 crore. The project will be financed through equity from the central and state governments on a 50:50 basis.

The Patna Metro, approved by the Bihar government in 2014, will be the state’s first rapid transit project. The Patna Metro Rail Corporation Limited, a special-purpose organisation approved in 2018, will be implementing the project.

With the centre approving the project in 2019, the first phase is likely to be completed in five years.

In the first phase, the Patna Metro will have two corridors. The first corridor, stretching 16.9 km, will connect Danapur with Mithapur bus stand via Saguna Mor, Bailey Road and Patna Junction.

This stretch will have 12 stations, including Raja Bazar, Golf Club, Patna Zoo, Visvesvarayan Bhawan and Vidyut Bhawan. A 11.2 km stretch of this corridor is likely to be built underground to avoid congestion.

The second corridor will link the Inter-State Bus Terminal to Gandhi Maidan via Rajender Nagar. It will be 14.4 km long and have 12 stations. The 9.9 km stretch of this corridor, which runs mostly from north to south, will be underground.

Under the second phase, a 13-km-long corridor to connect Mithapur and Didarganj has been planed via Income Tax Colony, Zero Mile, Choti Pahari, Ranipur and Guru Ka Bagh. A 11 km line will link Bypass Chowk and Kurji via Patna Airport and AIIMS Patna.

The first phase of the project is likely to cost around Rs 13,300 crore. While the centre and the state governments will each provide 20 per cent of the funding, Japan International Cooperation Agency will provide the remaining 60 per cent.

Work on the project is likely to start in the next six months.

The Meerut Metro project was approved by the UP government in 2018, along with the rapid transit projects for Agra and Kanpur. This approval came after the state government had put it on hold in 2017, to focus on the Delhi-Meerut Rapid Rail Transit System (RRTS). The detailed project report for the Meerut Metro was sent to the centre in 2018.

The first line proposed under the Meerut Metro project has been merged with the Delhi-Meerut RRTS. The 18-km-long corridor, connecting Modipuram and Meerut South, will have 12 stations. The metro, reports say, will be ‘built on the RRTS infrastructure’. This will lead to a saving of approximately Rs 6,300 crore.

Most parts of the metro, other than those in high-density areas such as Bramhapuri, Meerut Central, Bhaisali and Begumpul, will be elevated.

The Nashik Metro, approved in August 2019, will be India’s first rubber-tyred metro. As is clear from the name, the vehicles used in this type of a metro have wheels with rubber tyres. Under the first phase of this project, which will cost Rs 2,100 crore, two trackless elevated corridors will be developed in the city.

The first corridor will connect Shrimik Nagar in the west to Nasik Road railway station in the east. The corridor, 22.5 km in length, will have 20 stations. The second corridor, stretching for 10.5 km, will link Gangapur and Mumbai Naka.

The Nasik Metro will make use of high-speed rubber-tyred urban trams. It will draw power from overhead electric cables.

The best part of using these trams is that they are also capable of plying on congested city roads for 25 km using the power stored in their batteries. Once the batteries drain, the trams will have to return to their dedicated corridor. Such trams are popular in other countries.

Work on the Srinagar Metro Project is likely to begin by 2020. The project, which will be a Light Rail Transit System—a sort of light metro—will cost around Rs 5,000 crore.

The first phase Srinagar Metro will have two lines, each with 12 stations. The first line, stretching 12.5 km, will link HMT (Shalteng) to the city’s Indra Nagar, which is not far from the Indian Army’s 15 Corps headquarters. Stations on this route will come up at Parimpora, Qamarwari, Gazarzoo, Batmaloo and Lal Chowk.

The second line of the Srinagar Metro will also be 12.5 km long. This stretch will link Osmanabad to Hazuri Bagh via Hazratbal Crossing, Soura, Soura, Sher-i-Kashmir Institute of Medical Sciences and Nalbal Bridge area.

Both the corridors of Srinagar Metro will be elevated.