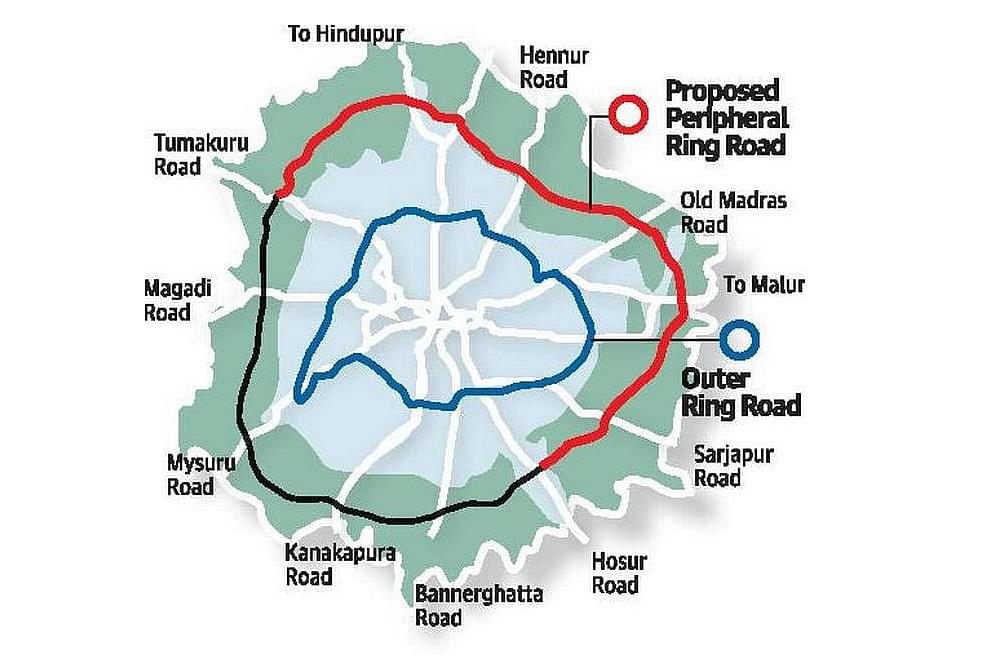 The state cabinet meeting, chaired by Chief Minister Basavaraj Bommai in Vidhana Soudha on Feb 9, gave its go-ahead to BDA for the Peripheral Ring Road project for Bengaluru. The cabinet also had provided an administrative approval for inviting global tenders for the 74 km project.

The successful bidder of the project will have to operate and maintain the road on during the lease period of 50 years and then hand over the project to the State Government. The winning bidder is also tasked with the responsibility of funding the land acquisition cost for 2560 acres. The successful bidder will be allowed to collect toll under the period that it operates and maintains the road.

The winning concessionaire will be required to pay upfront part of the land-acquisition cost, which is estimated to be over ₹15,000 crores.

The Special Purpose Vehicle (SPV) has been registered as a company in the name of Bengaluru PRR Development Corporation Ltd for undertaking the project funding, execution, and operations.

The Peripheral Ring Road (PRR) is planned as a 74 km stretch with a 100 meter-wide road. On completion, it will connect Tumakuru and Hosur roads, via Hessaraghatta Road, Doddaballapur Road, Ballari Road, Hennur Road, Old Madras Road, Hoskote Road, and Sarjapur Road. Along with NICE Road, which links Tumakuru Road and Hosur Road via the city’s northwestern, western and southwestern areas, Bengaluru will have a 116-km-long bypass on its periphery.

The final legal hurdle for the project was cleared in Nov 2021 after the Supreme Court directed the Karnataka government and the Bangalore Development Authority to acquire the land for the formation of Peripheral Ring Road and proceed to implement the project.

In the affidavit, the state government argued that given the massive geographical expansion of the city to the current spread of 2196 sq km and explosive growth of vehicular ownership (2019 estimate - over 80 lakhs), Bengaluru needed the Peripheral Ring Road (PRR).

When originally conceptualised 15 years ago with the aim of decongesting Bengaluru and easing traffic, the project was estimated to be Rs 3,000 crore. But due to design, rapid urbanisation, and land acquisition challenges, the project could never take off despite repeated attempts.

When the peripheral ring was first proposed in 2007, BDA (Bengaluru development Authority) had notified 1,810 acres of land but subsequent realignment and design resulted in land requirements going up by another 750 acres.

The design reconfiguration done to integrate the proposed PRR with NICE Road also resulted in increasing the length from 65 km to 73.5 km.

The Hindu quoted BDA chairman S.R. Vishwanath as saying that land will be provided on the median of the PRR alignment to facilitate future metro networks. He added that helipads will be built for air-ambulance services at six identified locations as well as charging points for electric vehicles at strategic points. To beautify the stretch, boulevards will be built on either side of the road. To provide an impetus for tech-hubs to be formed near PRR, the BDA will allow the construction of high-rise buildings.