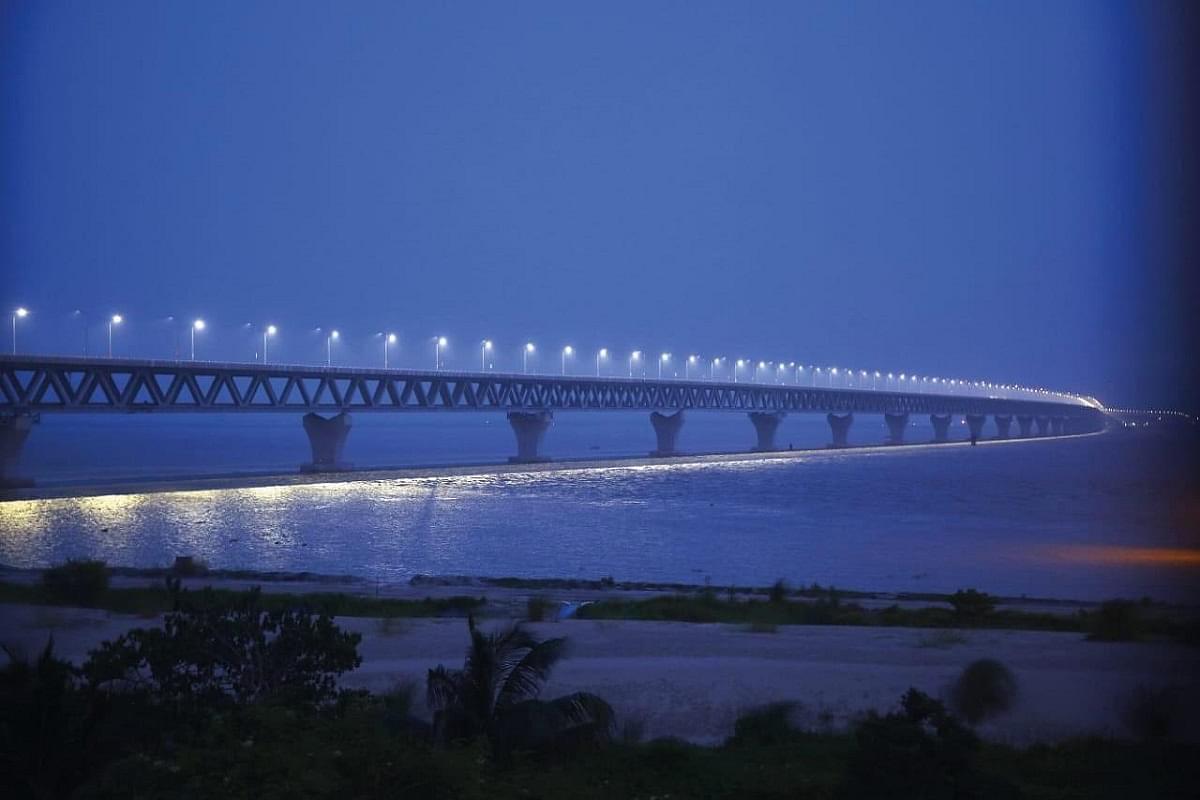 The 6.15 kilometres long bridge on River Padma (River Ganga) connects Bangladesh's southwestern with the rest of the country. It significantly reduces the distance between the capital city Dhaka to the Mongla seaport.

It is a two-storey multipurpose bridge providing road and rail transit.

"The completion of the Padma Bridge is a dream come true for the 170 million people of Bangladesh. It is a unique infrastructural initiative of the Government of Bangladesh led by Prime Minister Sheikh Hasina," the Bangladesh government official told ANI.

After several revisions, the project cost rose to over Rs 25,000 crore. According to Dhaka Tribune, the government spent over Rs 67,000 crore to date to develop connectivity with the road and rail network to the country's southwestern regions.

Completing the Padma bridge is a significant milestone for Sheikh Hasina-led government, as it took almost 25 years to complete the project.

Prime Minister Sheikh Hasina first proposed the Padma bridge construction in 1997. Still, the construction works for the bridge only began in 2015 after China Major Bridge Engineering Company Ltd was selected to build the bridge in 2014.

Bangladesh is a deltaic nation with major rivers crisscrossing the country. People here mostly depend on ferries to cross the river. Thus the availability of bridges is of prime importance.

Padma bridge, with its completion, becomes only the second bridge on River Padma.