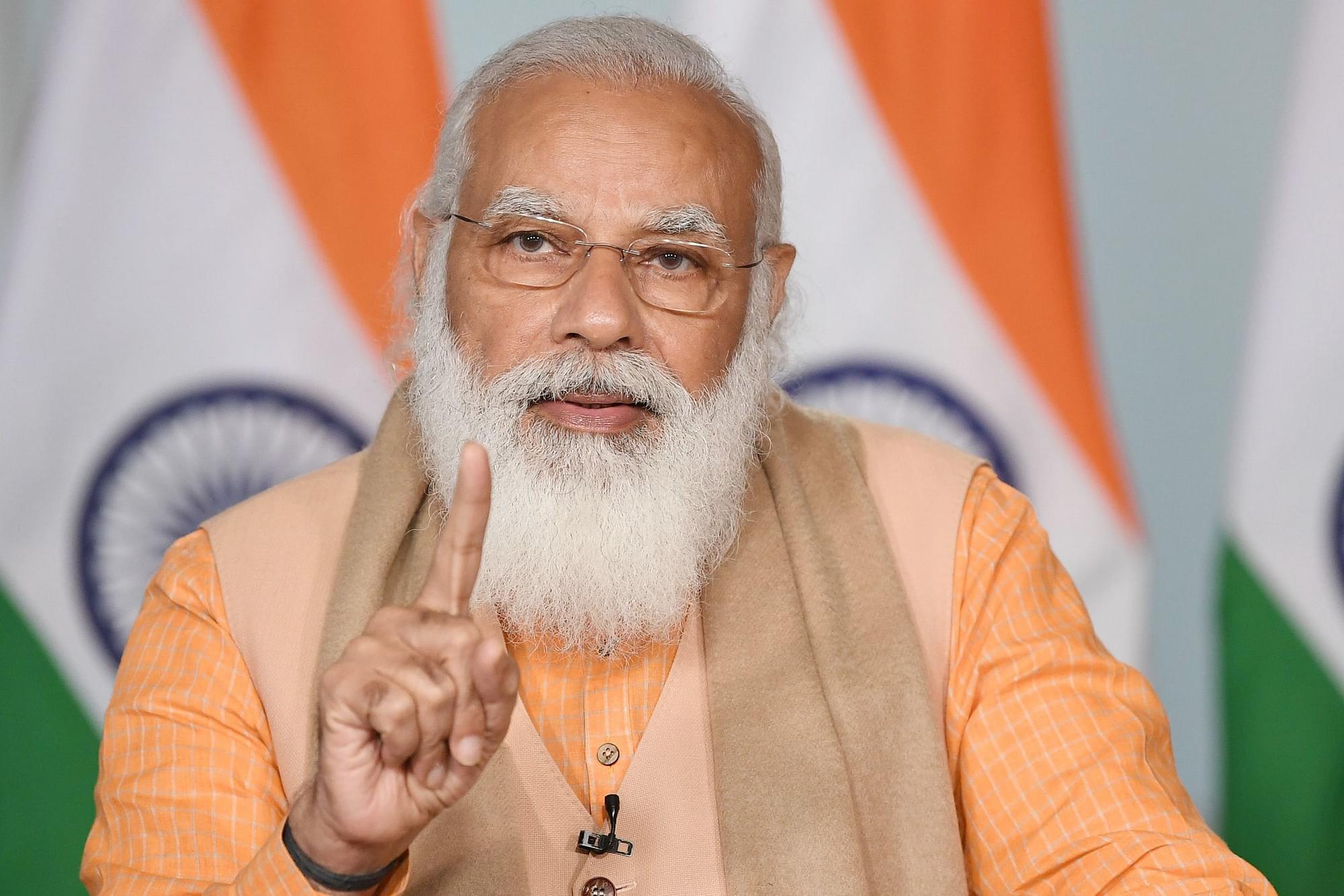 Prime Minister Narendra Modi has launched Mahabahu-Brahmaputra, an inland waterway project, and laid the foundation stone for two bridges across the Brahmaputra river, fulfilling the long pending demand of the North East.

To mark the launch of Mahabahu-Brahmaputra, he inaugurated the Ro-Pax vessel operations between Neamati-Majuli Island, North Guwahati-South Guwahati and Dhubri-Hatsingimari while laying the foundation stone of Inland Water Transport (IWT) Terminal at Jogighopa and various tourist jetties on Brahmaputra and launched digital solutions for ease-of-doing business.

He said for years this holy river was synonymous with socialising and connectivity.

He lamented that not much work related to connectivity on the Brahmaputra river has been done earlier and due to this reason connectivity within Assam and in other areas of the North East has always been a major challenge.

He said now the projects are fast tracked to reduce the distances geographically and culturally of this entire region, and added that physical and cultural integrity of the whole North East including Assam has been strengthened over the recent years.

He said this strengthens the security of the country and provides great convenience for our soldiers. The campaign to connect Assam and North East has been carried forward today.

Lauding the Chief Minister of Assam and his government for their work to achieve this, Modi said Majuli has got Assam’s first helipad and is getting the fast and safe road options as long pending demand is being met with the bhumi poojan of the 8-km long bridge connecting Kalibari with Jorhat.

“This is going to be a bridge of convenience and possibilities,” said the Prime Minister.

Similarly, the 19-km long bridge from Dhubari to Fulbaari in Meghalaya will improve connectivity in Barak Valley and will reduce distance between Meghalaya, Manipur, Mizoram and Assam.

Pointing out that today the distance between Meghalaya and Assam is about 250 km by road, the Prime Minister said it will be reduced to just 19-20 km.

Talking about the ‘Mahabahu-Brahmaputra’ programme, Modi said that this will strengthen water connectivity through port-led development.

The three Ro-Pax services make Assam a front-runner state to be connected with Ro-Pax services at this scale. This, along with the four tourist jetties, will significantly improve Assam’s connectivity with the North East.

The Prime Minister lamented that neglect of connectivity over the years have deprived the state of its prosperity. The infrastructure deteriorated and waterways almost got finished, which, the Prime Minister said led to unrest.

The course correction started during the time of former prime minister, Atal Bihari Vajpayee, Modi said. In recent years, steps were taken to re-establish multi-modal connectivity in Assam. Efforts are on to make Assam and the North East the hub of our cultural and business relations with other East Asian countries.

The Prime Minister said work on inland waterways is going to make a major impact here. He said recently an agreement with Bangladesh to improve water connectivity has been made.

Work is underway on the India-Bangladesh protocol route across the Hooghly river to connect the Brahmaputra and the Barak River.

By connecting the North East with the rest of India, dependence of the region on the narrow connecting part would be reduced. He added Jogighopa IWT Terminal will strengthen an alternative route to connect Assam with Haldia Port and Kolkata through a waterway.

Bhutan and Bangladesh cargoes at this terminal and cargoes at Jogighopa multi-modal logistics park would get facilities for movement to different places on the Brahmaputra river.

The Prime Minister said the new routes are made for the convenience of the common man and development of the region.

He added Ro-Pax service between Majuli and Nemati is one such route which would reduce the distance from about 425 km to just 12 km. On this path two ships are operated which would transport about 1,600 passengers and dozens of vehicles at one go.

He said a similar facility launched in Guwahati would reduce the distance between North and South Guwahati from 40 km to 3 km.

The Prime Minister said e-portals are being launched for the users to get accurate information. The Car-D portal will help in collating real-time information on all the cargo and cruise traffic data of the National Waterway.

It will also provide information related to the infrastructure of waterway. He added that GIS based India Map Portal, would help those who want to come here for business.

The Prime Minister said Internet connectivity is equally important along with waterway, railway, highway connectivity of Assam and North East, and continuous work is being done on this.

He announced that with the investment of hundreds of crores of rupees, the first data centre of North East in Guwahati is going to be built. This will serve as a data centre hub for eight states and the IT service based industry, BPO ecosystem and startups in the North East including Assam would be strengthened through e-governance.

The Prime Minister said that the government is working with the vision of sabka saath, sabka vikas and sabka vishwas in the country including in the North East. He also noted the cultural depth and richness of the Majuli region, Assamese culture and local biodiversity.

These steps are enriching Assam’s identity even more, said the Prime Minister.

He also expressed the hope that today’s connectivity related launches will open new avenues of tourism and Assam could emerge as a major destination for cruise tourism. “We have to work collectively to make Assam, North East a strong pillar of Atmanirbhar Bharat," said the Prime Minister.