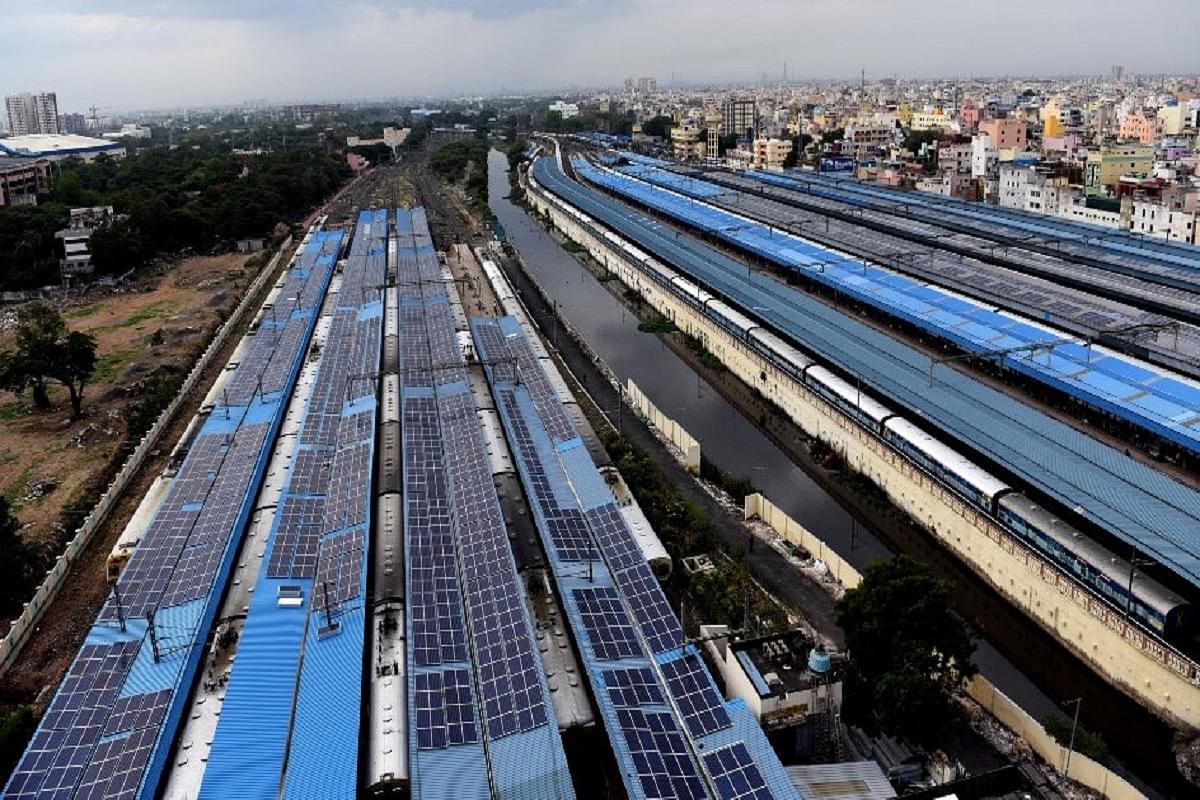 Southern Railways is set to install solar power plants at 18 stations in northern Tamil Nadu. 17 of these stations are situated in Chennai and the suburbs of the metropolitan city.

The Tamil Nadu Pollution Control Board (TNPCB) has given its consent for the operation of the concerned plants.

“Our endeavour is to make Chennai division carbon neutral and zero waste. Chennai Central has become the first railway station of Southern Railway to meet its energy demand during day time with solar energy,” Chennai divisional railway manager Ganesh was quoted in a report by The Economic Times.

He added, “Nine 5KWp of solar plants have been provided in office, service and station buildings in Chennai division.”

The Railways has also proposed rolling out 130 automatic ticket vending machines (ATVMs) at the concerned stations.

Ganesh also revealed that the speed of goods trains has been increased to 50 km/hour whereas mail and express trains in the division have maintained a punctuality of 94.5 per cent.