Site For Second Airport In Chennai To Be Finalised Soon 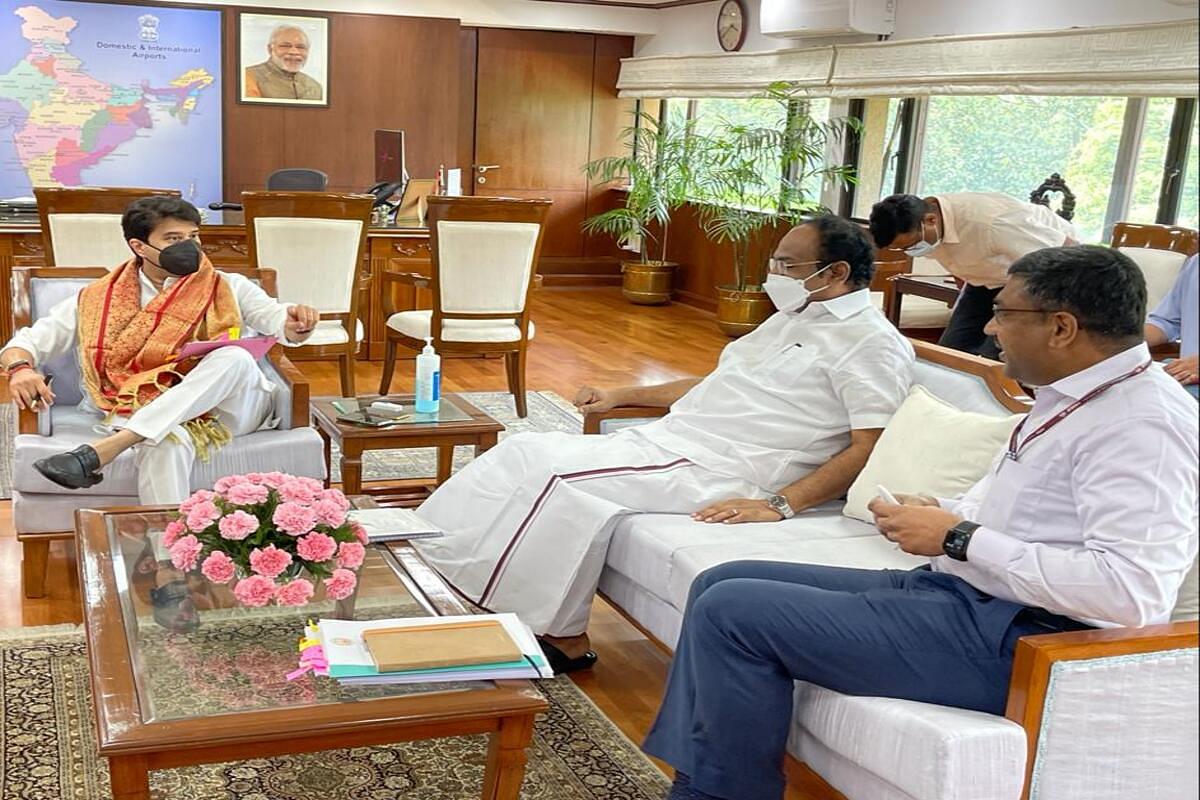 It is likely that the final site for the new greenfield airport near Chennai will be finalised during this meeting.

Earlier, Civil Aviation Minister Jyotiraditya Scindia stated that the central government will own 51 per cent of the, the city's second airport and the new airport will accommodate eight international flights.

To put Chennai back on top as one of the three busiest airports in the nation, a position it held until a few years ago, an expansive airport was necessary not only to handle passenger traffic but also to cope with increased air traffic with numerous parking bays and other crucial airside facilities.

Recently, the Airports Authority of India chose Pannur and Parandur as the potential sites for the city's second airport and referred them to the State government.

The project is anticipated to start by the end of 2022. If no delays occurred, the process of constructing a second airport is expected to take at least three years, beginning with the selection of a site, followed by the preparation of a detailed project report, the acquisition of approvals from multiple authorities over time, and the selection of a firm to construct the facility.

According to a pre-feasibility report, Pannur has several benefits over Parandur, the other site under consideration, as per The Hindu report.

However, the report also notes that, despite some difficulties, both locations are appropriate for the airport.

Both locations have enough space for two runways and have access to airspace. The report calculated how long it would take a passenger to travel to both of these locations.

A team of experts from the Airports Authority of India (AAI) and the Tamil Nadu Industrial Development Corporation (TIDCO) inspected four locations: Padalam, Pannur, Tiruporur, and Parandur a few months ago.

Following that, they prepared a pre-feasibility report and made recommendations

According to The Hindu report, both locations have man-made obstacles. In Pannur, for example, there are extra high tension pylons, mobile towers, and electrical poles nearby.

Depending on the location chosen by the State government and the Ministry of Civil Aviation, a detailed OLS survey, techno-economic feasibility study, and other critical reports will be prepared.