Stopping Another Bridge From Collapsing: Safety Audits Are Still A Distant Dream 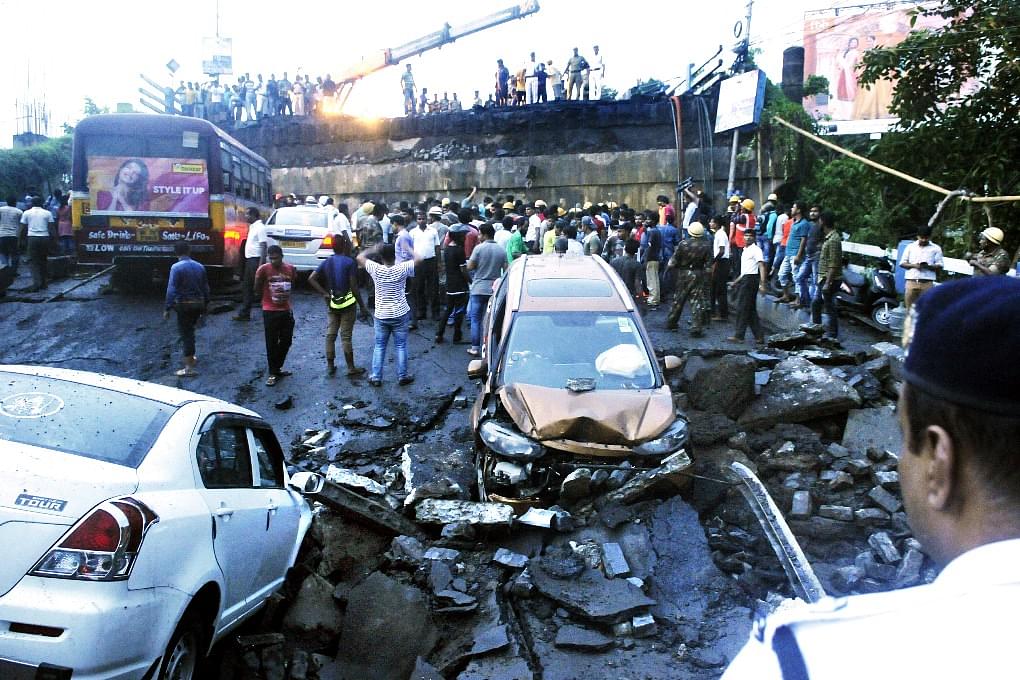 For the third time in five years a bridge has collapsed in West Bengal. The latest tragedy was almost a repeat of the bridge collapse in Andheri in Mumbai that took place two months ago.

Last checked, three people had died and more than 20 were injured at the site of the collapse of the Majerhat bridge in Kolkata. The bridge caved in in the crowded Alipore around 4.45 pm during rush hour, as reported by The Times of India. Luckily like in the Andheri case, no train was plying underneath, else the damage surely could have been greater.

But what followed a tragedy that could have been easily avoided, was sadly the same blame game. The civic authorities blamed the railways as the forty year old bridge ran over railway tracks and metro construction was being undertaken around the bridge by the railways. Nothing new.

Why are the words ‘safety audits’ only heard post a tragedy that claims lives? The Ultadanga bridge in the city collapsed in 2013, the Girish park bridge gave way in 2016 killing 26 and injuring around 80 people. But there has been no update on safety audits till date.

A Deccan Herald report one day after the Andheri bridge collapse spoke of how Bengaluru too has had no audit of any of its structures. Which means no underpass, bridge, or other structures, which have thousands of commuters using it every day, have had any audits of their safety, strength, or design.

“No audit has ever been done of any infrastructure projects in the city. All that the agencies do is tar the roads and claim maintenance has been done. The audit should comprise load bearing, reflections, vibrations, carrying capacity, and deflection,” said adviser and expert member to the state government for traffic, transport, and infrastructure M N Sreehari, as quoted by the daily.

All it takes, come to think of it, is to put a system in place. A regular mandatory independent infrastructure audit of large public structures is all that is needed. That is something that is mandated by the Indian Road Congress rules and the Bridge Institute manual. Most civic bodies have their in-house engineers conducting audits. Clearly, the audits, if and when they do take place, aren’t up to mark. Else, these accidents wouldn’t occur.

It would be best to constitute an independent body that undertakes regular audits of these large structures, especially of those which see a high traffic of people and vehicles. Separate sections within this team can look at various infrastructural projects. For instance, for bridges alone, a record of the location and condition of all the bridges within the city can be created; then, a bridge maintenance programme that involves a risk-based approach to the classification of bridges can be formulated.

An independent body would also solve the issues of jurisdiction. The said body can also interact with citizen bodies and ensure co-operation for undertaking repair or restoration works if need be. It will also serve as an agency that the citizens can directly contact in case they wish to bring to notice any such structures that need maintenance.

An earlier version of this piece was published as ‘Andheri bridge collapse: independent infrastructure audits needed desperately’ on 4 July 2018.