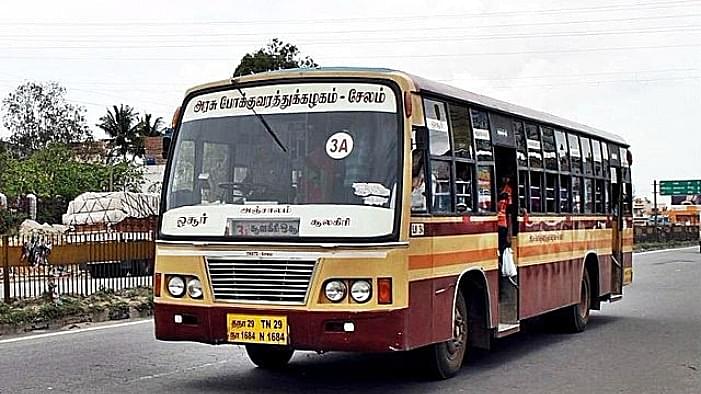 The last few days in Tamil Nadu have been chaotic, with staff belonging to the state-owned transport corporations going on an indefinite strike. While the state government has managed to calm the situation to a degree by hiring temporary drivers, it hasn’t solved the problem.

But why are the staff striking?

Lack of wages. The striking workers are demanding a 2.57 per cent increase in pay, and the government has agreed on a 2.44 per cent raise. In the midst of this, the Madras High Court has ordered those striking to return to work or face the consequences.

But, the problem with buses in Tamil Nadu goes far deeper.

Here’s some background. Tamil Nadu has seven transport corporations. The Tamil Nadu State Transport Corporation (TNSTC) operates through seven divisions – TNSTC Coimbatore, Kumbakonam, Madurai, Salem, Tirunelveli, Viluppuram, and the State Express Transport Corporation (SETC) and Metropolitan Transport Corporation (MTC) Chennai. Of these, SETC operates buses over long distances, MTC operates intra-city buses within the state’s capital, and the other divisions operate both intra-city and inter-city buses within their jurisdiction. For example, TNSTC Coimbatore Limited operates intra-city and inter-city buses in the districts of Coimbatore, Erode, Tiruppur and the Nilgiris, along with a few services to the neighbouring districts of Karur, Salem, Palakkad (Kerala) and Chamarajanagar (Karnataka).

All seven transport companies (transcos) have a common head in the form of a transport commissioner, an Indian Administrative Service (IAS) officer, but have an individual managing director (MD). Under these seven MDs, there are 70 general managers (GMs), 400 deputy GMs, and thousands of assistant engineers. The fleet strength of the entire setup, meanwhile, is around 28,000 buses. At any point in time, at least 5,000 employees are marked as ‘on duty’, but they are not really working. One can guess the kind of expenditure that must be involved.

At the same time, revenue to the TNSTC is a very constrained affair. Fares were supposed to be revised last month, but that didn’t happen. The last fare revision happened in late 2011, with a sharp increase of up to 90 per cent. Prior to that, fares were revised only in late 2001. The TNSTC operated with the same fares for a decade, and in that period, the cost of diesel (then regulated by the centre) rose by 138 per cent.

Karnataka in 2014 increased its bus fares by nearly 8 per cent. Maharashtra meanwhile tried out dynamic pricing by implementing a 10 per cent increase only during the festive season in 2016.

The story of the TNSTC is quite simple: expenditure is high, yet the revenue stream is choked due to unabashed populism at the behest of the state governments.

To combat some of the revenue losses, the government launched two initiatives in 2012-13. One was the “7c” courier service that charged a flat rate of Rs 7 for courier services across the state. The second was the “Amma Kudineer” (Amma Drinking Water) scheme launched by former chief minister J Jayalalithaa, where drinking water bottles were sold at Rs 10 per litre. The water is bottled by the SETC in Gummidipoondi.

The corporation’s problem is that it is unable to earn revenue from its core area of operation – running buses – and in turn is trying to tap into other sectors such as shipping and bottled water, but that too isn’t helping much due to its populist nature.

In contrast, government-operated transcos in other parts of the country have had more periodic fare revisions. The Bengaluru Metropolitan Transport Corporation (BMTC) has revised its fare several times over the last three years, increasing them and even bringing them down once.

And if all this wasn’t enough, the corporation recently went after a conductor for allowing a pigeon to perch on a bus and not selling a ticket.

Due to the lack of funds, buses too have suffered. The standard policy for replacement of buses in the state is when they finish travelling 11 lakh kilometres. A bulk of the state’s buses till recently were older than a decade and had done way more than the prescribed limit. So dangerous were Chennai’s buses at one point that they earned themselves the moniker “Pallavan Kollavan (Killer Pallavan)”, the MTC was formerly the Pallavan Transport Corporation.

The largest purchase of buses in the recent past was done when the Jawaharlal Nehru National Urban Renewal Mission (JnNURM) project was launched by the erstwhile United Progressive Alliance (UPA) government. However, it didn’t solve much of the problems since it didn’t augment the fleet. For example, when the MTC received new Volvo buses to be used in Chennai, it transferred the entire existing Volvo fleet as well as some of the newer ones to TNSTC Villupuram Limited to be used on the Chennai-Puducherry route. Chennaiites didn’t get much out of it, but their trip to the neighbouring city got better.

Even private aggregators like Ola Shuttle (which operates legally in Haryana but got kicked out of Karnataka) aren’t prevalent in Tamil Nadu. Ola Shuttle made a brief appearance in Chennai, that too for a single day in 2017.

So, what is the way out for the Tamil Nadu government?

One major option available is decentralising the entire structure, setting up more divisions and then granting them more autonomy. When these different divisions operate independent of each other, fare revisions will be more periodic, which will help tide over losses and, at the same time, help the case in times of strikes. In states like Maharashtra, strikes in Mumbai don’t affect Pune or Nagpur because intra-city transport is a municipal affair. However, municipal-run bodies would not be a good idea now after the advent of the Goods and Services Tax (GST). What can be done, however, is set up a transco that can handle intra-city transport for the larger cities, starting with Coimbatore, Tiruchirappalli (Trichy) and Madurai. These bodies need to be provided more autonomy in order to revise fares when needed.

The second and more viable option would be to go in for privatisation or private participation. However, in order for it to succeed, partial decentralisation needs to be in place.

The best model to follow here would be the Delhi Cluster Bus model. The Cluster Bus Model – launched in 2011 to replace the phased out Blueline fleet – is essentially a group of bus routes operated by a corporate entity under the existing fares and standards. All cluster buses are of the same configuration, same colour, and have the same fare. In the case of Tamil Nadu, cities like Coimbatore or Trichy can have a separate transco and under a public-private partnership (PPP), a private entity can take over the operations. A similar arrangement is in place in other cities such as Surat and Indore at a municipal level.

At the same time, the state needs to allow private players at a fleet level to operate. The private buses that rule the roost on Tamil Nadu roads today work in the same way that Delhi’s Blue Line buses used to operate. Fleet-based buses bring in more accountability and safety as well.

Of course, decentralisation, autonomy, privatisation – all come with the baggage of irking the existing staff. While staffers in principle would want to maintain the existing status quo, at the cost of killing the organisation, drastic changes would be required if the transport has to be improved.

It is said that Tamil Nadu had the bus transport system in the 1980s, including routes, fares and the buses themselves. Sadly, they seem to have retained the entire system even today, including their dilapidated buses.

It is even more sad that the second-largest contributor to the country’s economy has to contend with rickety buses.