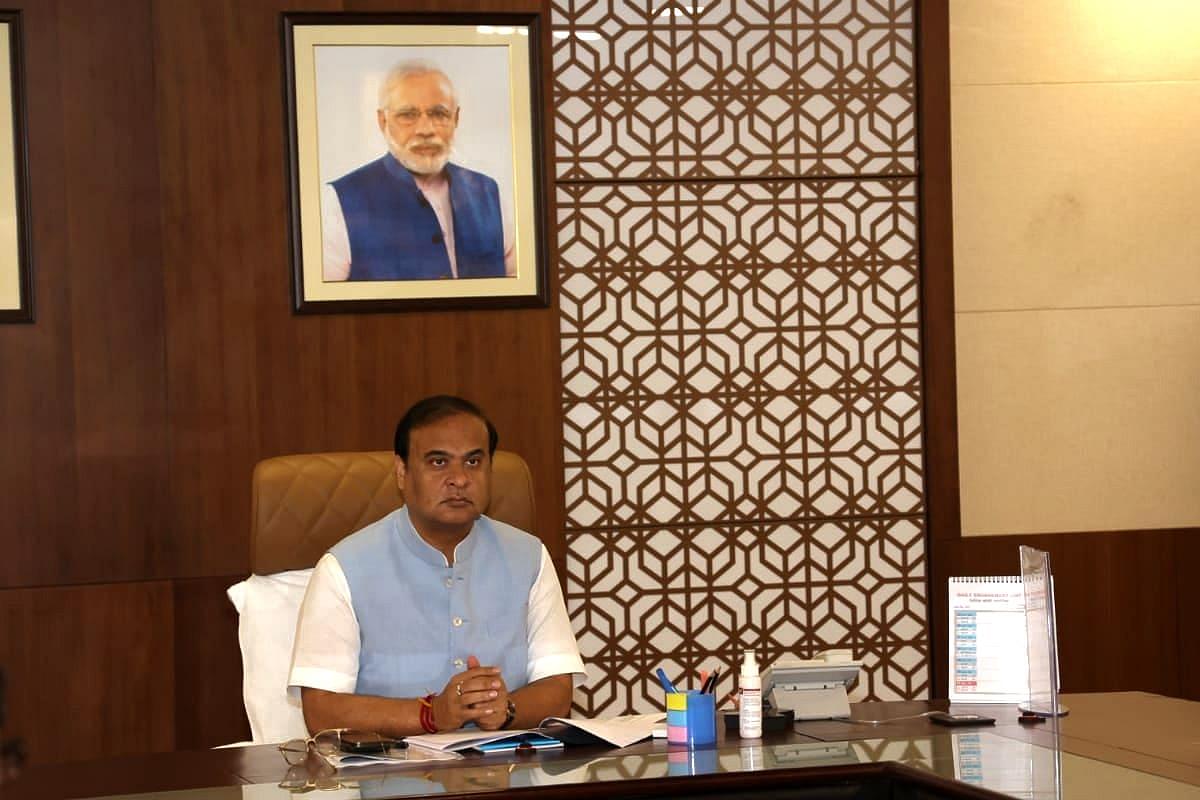 When Prime Minister Narendra Modi inaugurates seven state-of-art cancer care centres from the Assam Medical College and Hospital at Dibrugarh in Upper Assam Thursday (28 April), he will be ushering in a revolution in cancer care in the entire country.

Apart from the seven cancer hospitals he will inaugurate, the Prime Minister will also lay the foundation stones (virtually) of seven more such hospitals. Additionally, three cancer hospitals are nearing completion and will be operational by the end of this year.

In total, Assam will have 17 advanced cancer hospitals ready by the time the state celebrates the third anniversary of the BJP-led alliance government under Chief Minister Himanta Biswa Sarma. These 17 hospitals will form the top two layers of a well-structured cancer-care framework that includes diagnostic and day care units, health kiosks, palliative care units and community outreach programmes. It will also mark the fruition of a long-cherished dream of the Chief Minister.

Soon after Sarma became the health minister of Assam in 2006, he got to know in extensive and disturbing detail his state being the ‘cancer capital of India’ and the abnormally high incidence of the often terminal ailment in north-eastern India.

“Cancer care in Assam, and the entire region, was very rudimentary and there was a severe shortage of oncologists, nurses, technicians, equipment and infrastructure. Most patients used to, and still do, get to know about their cancer only at an advanced stage, and then rush to cancer hospitals in the rest of the country. This drains them and their families financially and emotionally. And many have been dying very painful deaths. It moved me very much and since then, I have been wanting to build modern cancer care centres in Assam,” Sarma told Swarajya.

Sarma started holding extensive and detailed discussions with oncologists and hospital administrators from all over the country. “I realised that constructing a few cancer hospitals and equipping them with modern machines will not be enough. Partnering with private healthcare providers and getting the best oncologists and know-how would be vital,” said Sarma.

It took him a decade, and exit from the Congress, to ultimately take the first step in providing comprehensive, advanced and affordable care and treatment to cancer patients. In 2016, the year that the first BJP government (under Sarbananda Sonowal) came to power in Assam, Sarma once again got the health portfolio and was given a free hand to bring about the changes that he had always wanted to healthcare infrastructure and delivery in Assam.

He led the state government to partner with Tata Trusts in setting up and equipping cancer hospitals and care centres under a novel ‘step down approach’ termed the “distributive model of cancer care”. Assam Cancer Care Foundation (ACCF), a partnership between the Assam government and Tata Trusts, was set up in December 2017 to create a three-level cancer grid in Assam that would be the first of its kind in not only the entire country, but also in the Indian subcontinent.

The creation of this cancer-care grid will take affordable and standardised treatment closer home to patients and drastically reduce the cost of treatment, which is prohibitive now. The Foundation will also focus on creating awareness against cancer, its early detection and prevention of cancer, and developing trained human resources. Apart from the 17 cancer hospitals, a state-of-the-art cancer research centre that will undertake cutting edge research in diagnosing, preventing and treating cancer, especially the regional variations of it, is also coming up in the state capital Guwahati.

The seven cancer hospitals that Prime MInister Modi will inaugurate on Thursday, and the seven that he will lay the foundation stones of, are dispersed all over the state. “Assam will have 17 cancer hospitals at Dibrugarh, Sivasagar, Tinsukia, Jorhat, Nagaon and Golaghat in Upper Assam, Tezpur, Darrang and Lakhimpur (North Assam), Nalbari, Barpeta, Kokrajhar, Goalpara and Dhubri (lower Assam), and in Guwahati, Silchar and Diphu,” said a senior health department officer.

The hospital in Guwahati will be the apex referral centre with all modern facilities and cutting-edge technology like robotic surgery, bone marrow transplant, stem cell research as well as postgraduate oncology training. The three-layer cancer care grid will act as a unified technology platform to deliver the latest and high-quality care to patients, said CM Sarma.

The Chief Minister said that the state government will be investing more than Rs 4,000 crore in construction and civil works of the 17 hospitals and the research centre in Guwahati. The Tata Trust is investing nearly Rs 850 crore in equipment. This is the highest-ever investment in cancer care in any state in India.

Oncologist Bendanta Bhuyan said that in Assam, as in many others states of the country, a limited number of apex hospitals handle everything from diagnosis to treatment and even psychological counselling of cancer patients in their respective states. The new distributed model being implemented in Assam will shift the load away from the apex hospitals.

“Under this cancer grid model, the first level involves creating awareness about cancer, community screening and home-based palliative care. The second level is diagnostic and day care units attached to district hospitals. Above this is the dedicated cancer care hospital attached to government medical colleges or super-specialty hospitals. The apex hospitals form the top of this cancer grid pyramid,” said Chief Minister Sarma.

The State Cancer Institute in Guwahati will have a command centre and all units in the grid will be connected to this centre to enable seamless flow of information. The command centre will have a centralised patient database management system and will facilitate remote location radiology, processing of pathology reports, virtual consultations with top notch oncologists across the country, and ensure quality treatment and management of cancer patients across all centres.

A major focus area, said the health department officer, is ensuring affordable treatment and care and ensuring that no cancer patients abandons treatment midway for lack of money, as often happens now. A specialised team from the Foundation has aligned available state and central government health insurance schemes to ensure maximum benefit for poor cancer patients. Helpdesks for patients, centralised procurement of drugs to get them at below-market rates and maximising patient reach and benefit are the other priority areas of the ACCF.

“The need to create awareness to prevent cancer cannot be overemphasised. Tobacco use is the main reason for the high incidence of cancer in Assam and effective awareness campaigns against tobacco usage are being designed. Early detection is also very important to save lives and an effective and continuous screening mechanism through National Health Mission programmes, special camps and screening kiosks has been finalised. Staff at Health and Wellness Centres, primary healthcare centres, community health centres have also been trained in effective and quick screening,” state health minister Keshab Mahanta, who is also a director of the Foundation, told Swarajya.

CM Sarma added that the South Asia Cancer Research Centre (SACRC) will be the premier research centre in South Asia. “The Centre will fill a major vacuum that has existed so far in cancer research,” he said.

Cancer research in developed countries is diversified and happens in secondary and community outreach centres whereas in India, most research activity is concentrated in tertiary centres and specialised biomedical science institutions. As a result, India lacks comprehensive research covering all domains, and SACRC will address this major research shortcoming, Sarma added.

Health Minister Mahanta said SACRC will emerge as a catalyst for innovation in cancer-care in the entire Indian subcontinent and will combine high-tech and world-class clinical care with ground-breaking research. “SACRC will meet the needs of the local community, improve patient pathways and, with clinical and translational research, develop new treatments for cancer,” said a senior administration of the ACCF.

The Assam Chief Minister said that in four years’ time, Assam will become the hub for cancer treatment in Indian subcontinent and Southeast Asia. “We expect patients not only from the entire Northeast and Eastern India, but also Nepal, Bhutan, Bangladesh and Southeast Asia. We intend to develop Assam as a medical hub that will not only offer treatment for cancer and other diseases, but also be the seat of research and innovation in prevention strategies, treatment and drug development,” said Sarma.

The inauguration of the seven cancer hospitals by Prime Minister Narendra Modi represents the first major step in the realisation of this ambitious goal.