Time To Think And Act ‘Smart’: Modi 2.0 Is An Opportunity To Develop India Beyond Its Metros 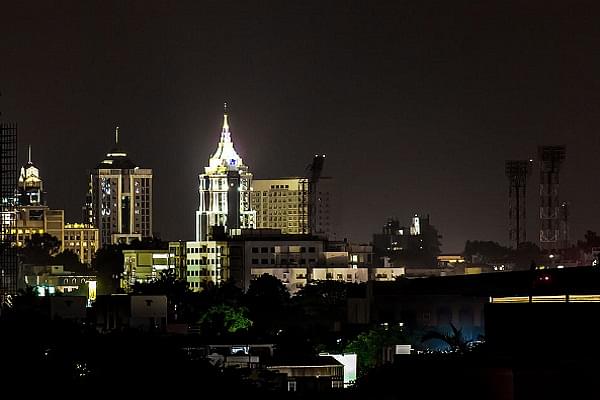 In October 2013 in the auditorium of the Nehru Stadium in Delhi, I gave a PPT -supported talk with the title Building a Prosperous, Powerful, Ethical India  To Be A Jagadguru Once Again, to an audience of over 9,000 students drawn from several universities in the country.

Special speakers and participants on the occasion were Sri Narendra Modi, then the Chief Minister of Gujarat, and Sri N Chandra Babu Naidu, the then leader of the opposition in the Andhra Pradesh Legislative Assembly. Among other things, I said one of the greatest problems of India was the ever-growing  population at 15 to 19 million per year since the 1980s, and that we have not been able to create that many jobs at any time in the past. Earlier, we had uneducated, unemployed people, but today, we have increasingly educated, yet unemployed, but perhaps unemployable persons. These will become a great problem as they shall become voters with high expectations.

Further, India’s agriculture would not be able to support the rural population as the  cultivable land available per person has been decreasing since the 1950s as the population grew. The rural population as per  the 1951 census was about 33 crore and now it is over 80 crore.  The educated rural people are migrating to cities but work for the increasing number of people currently in rural areas cannot be provided for by agriculture alone. One of the ways of creating work for millions of less educated  people wanting to migrate to urban areas is to build 200 new cities.

No Indian town/city is well planned and infrastructure available by way of water, sewage disposal and housing and roads is inadequate even for the existing populations. The  rural people migrating to these cites/towns are living  in slums,  occupying vacant land wherever available, whether it is government or private. That creates a law and order problem as well as further degrading the quality of life in existing towns and cities. These people will be cultivated by contending political parties for their votes, but their misery, however, will not end.

In order to accommodate people migrating from rural to urban areas in search of work, to create meaningful work for them, and to lighten the burden of infrastructure on existing economic hubs, it is wise to build new cities and towns in the most planned manner using latest technologies. Equipping the local administrations with technical infrastructure is also a must to ensure their self-sufficiency.

The construction of new towns will provide jobs for architects, engineers, financiers and most importantly for the people migrating from rural areas, that is, unskilled, formerly agricultural labour and those engaged in allied pursuits.

In this great project of building new 200 smart, urban areas, skills could be imparted to convert formerly farm workers into carpenters, plumbers, electricians, masons, welders, floor-layers and painters among other professions. Both Narendra Modi and Chandra Babu Naidu were highly appreciative of this proposition and that is how in the manifesto of BJP, there was a mention of smart cities.

But when the BJP came to power, the smart city idea got totally distorted. The money meant for this is being utilised for improving the existing over-populated, infrastructure-poor cities. For example, in Hyderabad, the money was utilised for Jawaharlal Nehru National Urban Renewal Mission (JNNURM). That is, instead of smart cities being built, existing cities were being given an infrastructural top-up. This is a sheer waste of money because most of the existing cities cannot
be developed into smart cities. The continued influx of rural masses into cities will only add to their “slummification” and degradation.

At least in this second term of the BJP,  new ideas must be implemented to solve old  problems in a smart way.  The smart city concept should be to build new cities which will provide work for a variety of unemployed people, and co-opt them into the nation-building process.