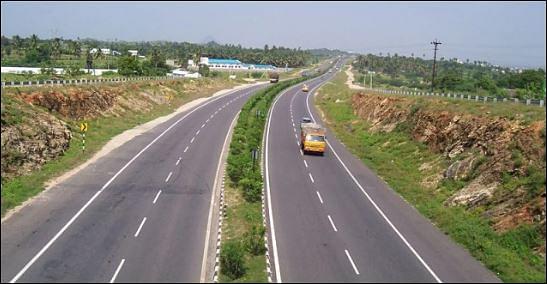 In 2014, during the run up to the general elections, the Congress government launched a series of videos in an attempt to counter the Bharatiya Janata Party’s (BJP’s) ‘development agenda’. One of these videos spoke of how the United Progressive Alliance (UPA) government over a decade built over thrice the length of roads that the National Democratic Alliance (NDA) government under Atal Behari Vajpayee built in half a decade. Quite an unfair comparison if there was one.

However, on the face of it, it raises an important question:

Why did no Congress government then launch a programme on the lines of the National Highways Development Programme (NHDP) or the Pradhan Mantri Gram Sadak Yojana (PMGSY) prior to Vajpayee’s premiership? Even at a state level, why is it that Maharashtra was the first state in India to build an expressway (the Yashwantrao Chavan Expressway between Mumbai and Pune) when the Shiv Sena-BJP government was in alliance and why did the Congress-Nationalist Congress Party (NCP) alliance that was in power for 15 years after that not focus on any new expressways barring the 25 km Sion Panvel highway in Mumbai and Navi Mumbai?

If one looks elsewhere, even in Karnataka, why has neither the UPA government nor the incumbent Siddaramaiah government not really upgraded the 15 km-long Shiradi ghat on the Bengaluru-Mangaluru national highway? Concretisation of the ghat section has been on for a while now, yet the road remains closed once in a few years, forcing vehicles to take an alternative route via Madikeri causing inordinate delay.

But the fact of the matter is that the Congress wasn’t way off mark with their statistics, but what matters is, are these roads motorable? Yes, but they don’t allow for high speed traffic.

When the Golden Quadrilateral (GQ) and the North-South and East-West Corridors (NSEWC) were launched by the Vajpayee government, the aim was simple. Provide the basic four-lane connectivity between major cities so that the load on the railway network is eased and goods can be shipped faster by road. In its initial avatar, these four-lane roads passed through many cities and towns, often devoid of flyovers and in all fairness, just doubled the capacity of the road. Of course, providing a dual carriageway road with a median more than doubles the capacity of a road, cuts total travel time and the chances of accidents.

When it became clear that the existing four-lane configuration wasn’t enough for the volume of traffic it carried, the National Highways Authority of India (NHAI) under the UPA government began with the third and fourth phases of the NHDP that focussed on dividing several crucial segments of the GQ into six lanes. This is where the problems began.

During the NDA-era, when the second carriageway was being constructed, many bridges were built with three lanes as opposed to two lanes, keeping in mind possible future expansion. This way, if a road is being upgraded to six lanes, the bridge wouldn’t require reconstruction. However, the UPA-built highways failed to take this into consideration and as a result, many highways feature bridges of inconsistent widths.

For example, some highways may have a bridge with three lanes in one direction and two in the other, or three in one direction and two bridges of two lanes each in the other direction. In some cases, the entire bridge remains two lanes per direction (four in total) but the road on either side is divided into six lanes. However, in some areas, the older and narrower bridge was demolished to make way for a new wider bridge.

A more drastic example of this would be the cable-stayed bridge over the Narmada river at Bharuch on the Mumbai-Ahmedabad highway. The four-lane bridge was built along a six-lane national highway, after the tender for the six lane plan was put out.

These inconsistent bridges cause two major problems. The first is that they cause a bottleneck, especially during heavy traffic. When three lanes of traffic has to get into two lanes, the net result is a bottleneck that takes time to resolve.

Another problem that arises is that it increases the risk of accidents. When vehicles, driving at an average of 100 km/hour on a three-lane road on the national highway, approach the two-lane road, the unexpected narrowing can certainly increase the chance of accidents. Though some highways have boards warning motorists of a narrow bridge ahead, such a bridge should not have been there in the first place.

Most roads across the world feature a design speed or the maximum speed that a road is designed to permit. Indian highways, however, don’t seem to be designed for speed at all.

On the surface, a road might look great to drive on: A proper asphalted road, uniform markers, reflectors, and well landscaped medians. But then, at high speeds, these roads might cause cars to bounce a lot, resulting in haphazard speeding, abrupt braking and quite possibly the driver losing control of the car.

Apart from this, uneven joints, and joints that aren’t on level with the rest of a road do cause a massive jolt to drivers, no matter what the speed is.

Several crucial national highways which were widened during the UPA period feature an extremely odd system where the highway is divided into four-lanes but bypasses around towns were built as two lane roads. The most well-known of these are on the Bengaluru-Hassan highway and the Salem-Chennai highway.

The purpose of a bypass is to allow traffic to proceed smoothly without actually entering the city. As such, the traffic on the bypass can be deemed to be travelling at a relatively high speed, while the route in question is one that witnesses high volumes of traffic simply by virtue of having a bypass.

So, it would make sense that the bypass would be of the same standard as the rest of the highway, which however, isn’t the case. The bypass, with two lanes, has a low carrying capacity and further due to the lack of a median, becomes dangerous, especially for heavy vehicles at night. If the rest of the highway is four-lane, the bypass needs to be built with the same specifications.

Two major cities in India – Coimbatore in Tamil Nadu and Hubli-Dharwad in Karnataka – have narrow bypasses that were built in the late 1990s, before the NHDP was launched. While not exactly a UPA mess, it is still a mess because the roads leading to the bypass are six-lane or four-lane and they fall on important corridors. Both projects were handed out on a build-operate-transfer (BOT) basis.

In the case of Coimbatore, the NHAI during the UPA time tried to take the project away from its concessionaire (L&T) and hand it over to IVRCL to upgrade it as part of a larger toll road stretching on both ends. The High Court of Delhi intervened and struck it down, saying the government could not take away the road as it had been given out on BOT. In the case of the Hubli-Dharwad bypass, the concessionaire – Ashok Kheny-backed Nandi Highways – said that it was willing to upgrade the road if the government was willing to pay the cost of the road (including total revenues) till 2024.

Given the importance of Hubli-Dharwad – a bottleneck on the crucial Mumbai-Chennai arm of the GQ – the government should ideally consider buying out the project, widening it and then call for tenders on a toll-operate-transfer (TOT) or operate-maintain-transfer (OMT) basis rather than wait. The same thing needs to be tried out in Coimbatore as well.

Alternatively, the government can try out what the Maharashtra State Road Development Corporation (MSRDC) did with the Mumbai-Pune Expressway. The expressway was handed over to an IRB-led concessionaire in early 2004 along with the old Mumbai-Pune highway (NH 48, formerly NH 4) which was to be widened to four lanes. In 2014, the agreement was extended by four years from 2019 to 2023 and IRB was to further upgrade two-lane sections of the old highway and maintain both roads.

If the NHAI or its parent body, the Ministry of Road Transport and Highways (MoRTH), can successfully carry out such an extension on both bypasses, it would certainly make the highways safer. All the two -ane bypasses on wider highways have been reported to be deathtraps with multiple casualties per month because the road configuration changes.

Entering Cities Or Bypassing Them?

Many of our highways, especially those built in the initial stages of the NHDP were built through towns and villages, which today have caused a lot of problems. Some of the roads went through major towns such as Vellore in Tamil Nadu on the Bengaluru-Chennai highway. Although the road is six-lane with flyovers, it cuts through the heart of the city, thus mixing high-speed intercity traffic with local traffic. As a result of this mix, accidents followed, and then the Madurai bench of the Madras High Court ordered that all highways come with barricades and reflectors to regulate speeds. The net result of this is that the travel time goes up manifold.

In smaller towns, there are barricades (often melted due to the heat, and speed-breakers, which sometimes are just not visible. Along with this is the case of people driving on the wrong side of roads.

Ideally, major highways, especially those under the NHDP should have a bypass to larger towns and cities and need service lanes and flyovers within villages to reduce outstation and local traffic from mixing, which can cause accidents.

There is no point in India having roads designed to withstand high speeds when the construction results in a road that can’t even handle moderate speeds.

Quality over quantity matters, for the purpose of widened national highways is to reduce the time taken for a journey, not to shorten someone’s lifespan with badly designed highways.