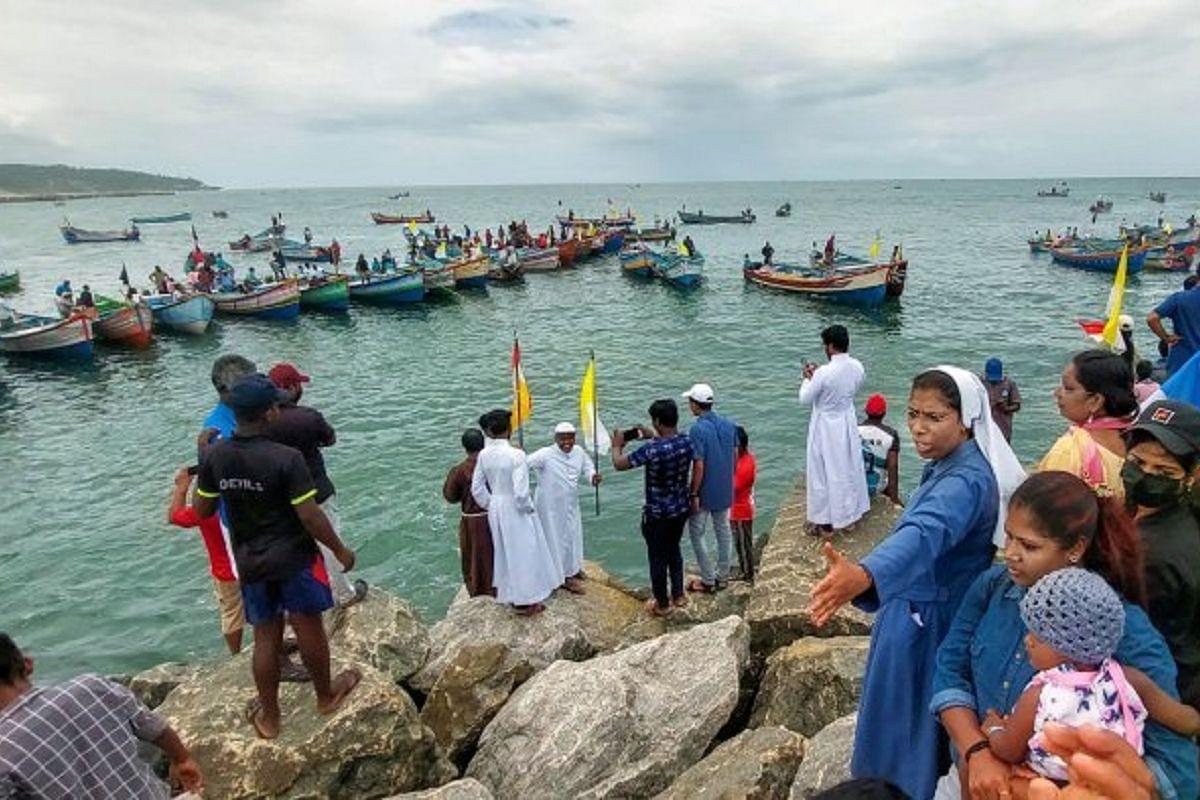 The Adani Ports, which is building the transshipment port in Vizhinjam in Thiruvananthapuram, on Thursday (Aug 25) filed a petition in the Kerala High Court seeking police protection from those protesting against the construction work.

The Adani Group, in its plea stated that the ongoing agitation by fishermen was a threat to the life of its employees and the government was not taking any action in this regard despite representations made.

It prayed for a court direction to the state government to provide adequate police security to the project.

Led by the priests of the Latin Archdiocese, a large number of fisherfolks have been protesting outside the main entrance of the multi-purpose seaport, located at nearby Mulloor, since last week pressing their seven-point charter of demands including halting the construction work and to conduct a coastal impact study in connection with the multi-crore project.

The protesters have been alleging that the unscientific construction of groynes, the artificial sea walls known as ''pulimutt' in local parlance, as part of the upcoming Vizhinjam port was one of the reasons for the increasing coastal erosion in the district.

Black flags were hoisted in churches of the Latin Archdiocese in the state capital .

Kerala Chief Minister Pinarayi Vijayan had recently said that his government was considering providing rented accommodation to rehabilitate the displaced fisherfolk and the District Collector of Thiruvananthapuram has been entrusted with the task which includes fixation of rent.

CM Vijayan also claimed that the state government has launched a Rs 2,450 crore worth project to rehabilitate the fisherfolk displaced due to coastal erosion and CRZ regulations.

The project construction commenced in 2015 and the port was originally scheduled to be commissioned in December 2019 but the progress delayed by a series of force majeure events including cyclone Ockhi and pandemic. The phase 1 of the project is now close to 80 per cent complete.

Once complete, Vizhinjam will emerge as a significant competition to the transhipment ports of Colombo, Singapore and Dubai as it be the only transshipment hub in the Indian subcontinent, closest to the international shipping routes, and is centrally located on the Indian coastline. It has a natural draft of 20-24 m & minimal littoral drift.

The port will also offer infrastructure to handle Megamax containerships. Its capacity in phase 1 is to be 1 million TEUs and in subsequent phases, another 6.2 million TEUs will be added.