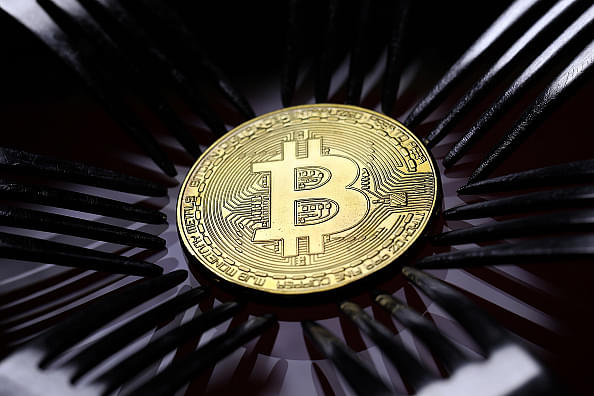 Bank of NY Mellon, one of U.S's oldest financial institution, announced that it had already set up an in-house unit to help clients hold, transfer and issue digital assets.

The new unit at BNY Mellon, called the Digital Assets unit, is expected to roll out the offerings later this year, the bank added.

On Wednesday (Feb 10), Financial services firm Mastercard announced that it will begin allowing cardholders to transact in certain cryptocurrencies on its network, becoming the latest company to embrace digital assets.

"We are preparing right now for the future of crypto and payments, announcing that this year Mastercard will start supporting select cryptocurrencies directly on our network," Raj Dhamodharan, executive vice president of digital asset products said in a blog.

Mastercard already allows cardholders to spend digital assets via external platforms. But this means the transaction doesn't actually go through its own network. But now, the company aims to support crypto partners by allowing many more merchants to accept digital tokens. This would "cut out inefficiencies, letting both consumers and merchants avoid having to convert back and forth between crypto and traditional to make purchases," Dhamodharan wrote.

The company said it was also "actively engaging" with central banks around the world to possibly launch new digital currencies so people have a new method to make payments.

"We will be very thoughtful about which assets we support based on our principles for digital currencies, which focus on consumer protections and compliance," the company added.

Electric carmaker Tesla disclosed on Monday (Feb 8) that it has bought $1.5 billion worth of bitcoin, according to a filing with the SEC.

Tesla also said it would start accepting payments in bitcoin in exchange for its products making it the first major automaker to accept bitcoin as payment.

“In January 2021, we updated our investment policy to provide us with more flexibility to further diversify and maximise returns on our cash that is not required to maintain adequate operating liquidity. As part of the policy, which was duly approved by the Audit Committee of our Board of Directors, we may invest a portion of such cash in certain alternative reserve assets including digital assets, gold bullion, gold exchange-traded funds and other assets as specified in the future."

"Thereafter, we invested an aggregate $1.50 billion in bitcoin under this policy and may acquire and hold digital assets from time to time or long-term."

"Moreover, we expect to begin accepting bitcoin as a form of payment for our products in the near future, subject to applicable laws and initially on a limited basis, which we may or may not liquidate upon receipt.” the company said in a filing.