10 Million Homes In Encephalitis Hotspots, Where The Jal Jeevan Mission Has Reached In Its Coverage Of Piped Drinking Water 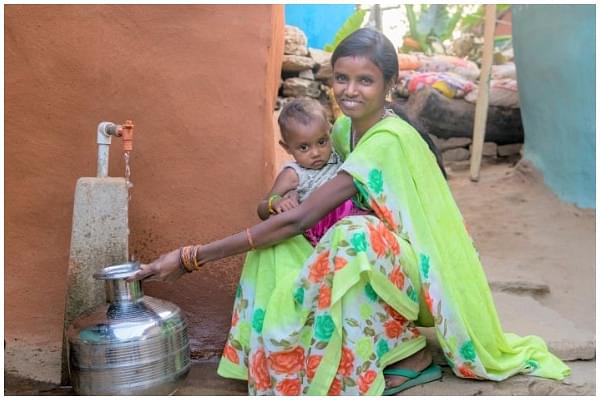 Jal Jeevan Mission began in 2019, nearly 2.67 per cent of households in the 61 districts had access to tap water supply. At the end of last month, the total access rose to 35 per cent of total households.

The Jal Jeevan Mission, India's flagship programme aiming to provide rural households with piped drinking water, has expanded to more than 10 million homes in 61 districts known for being 'hotspots' of the Japanese Encephalitis-Acute Encephalitis Syndrome.

The coverage is being looked at as a milestone and a vital priority within the larger target of providing every rural household with a functional water tap. The aim of the Mission is to reach the target by 2024.

Japanese Encephalitis-Acute Encephalitis Syndrome is a life-threatening brain fever that targets children. Vaccines, better and improved sanitation and clean drinking water are important aspects that aid the fight against encephalitis syndrome, which is caused by vectors. Safe drinking water is a basic and essential need that reduces the burden in the fight against the disease and assists intake and nutrition needs in children.

The coverage of the Jal Jeevan mission targets 61 districts across five states that have suffered owing to the spread of outbreaks. The five states are: Uttar Pradesh, Assam, Bihar, Tamil Nadu and West Bengal.

A report in the Hindustan Times says: Official data shows that when the Jal Jeevan Mission began in 2019, nearly 800,000 or 2.67 per cent households in the 61 districts had access to tap water supply. At the end of last month, an additional 9.7 million families were provided access to tap water, taking the total number to slightly over 10 million, or 35 per cent of total households.

Lokesh Nath, a former in-charge overseeing the National Vector Borne Disease Control Programme in Uttar Pradesh's Bareilly district, has been quoted as saying: "The absence of clean drinking water aggravates encephalitis syndrome because unsafe water is a cause of malnutrition. When malnourished children are afflicted, they either take longer to recover or have poorer chances of survival."

Uttar Pradesh reportedly needs to intensify its work towards the Mission as it has reached 11.8 per cent of the total households.