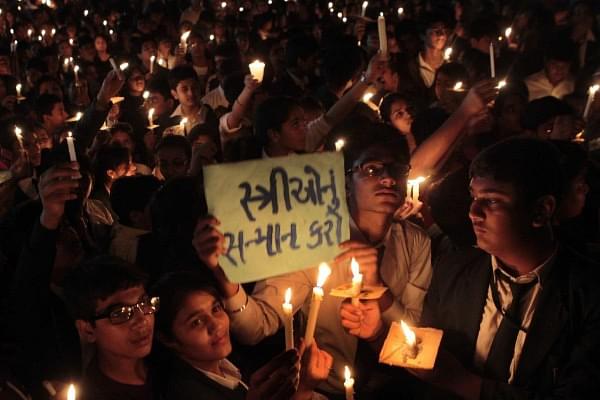 Nearly 180 people have been arrested in Gujarat for allegedly targeting migrants from Uttar Pradesh and Bihar, Gujarat police said on Friday (October 5). Ravindra Sahu, a migrant from Bihar, had been earlier arrested for allegedly raping a 14-month-old girl in Sabarkantha.

Violent protests have erupted against migrants in the districts of Gandhinagar, Ahmedabad, Patan, Sabarkantha and Mehsana, reported The Indian Express. According to Gujarat police, the victim belongs to the Thakor community that has been targeting migrants.

Alpesh Thakor, Congress MLA and AICC secretary in-charge of Bihar, happens to be the president of the Thakor Sena, which allegedly incited the violence. He has demanded that the police withdraw all cases against members of his community.

He was quoted by The Indian Express as saying, “I appeal for peace to all those behind these incidents. There could be members from our community and the Sena but no such instruction (to launch attacks) was given out from our side (Thakor Sena). This is to only defame us and the Sena. We are only aiming at peace and employment in the state.”

He has threatened to take legal action if the cases aren’t withdrawn. Six cases have been registered against almost 500 people in 50 FIRs. Many migrants are reportedly fleeing the state after the violence erupted as Hindi speakers are being targeted. The cyber cell of the Ahmedabad police has been identifying Facebook profiles that spread rumours about the rape and incite violence.

Cyber cell ACP Rajdeepsinh Zala was quoted as saying, “We have arrested one person, Mahesh Thakor, a resident of Maninagar, Ahmedabad, and a minor for spreading rumours and hatred.”