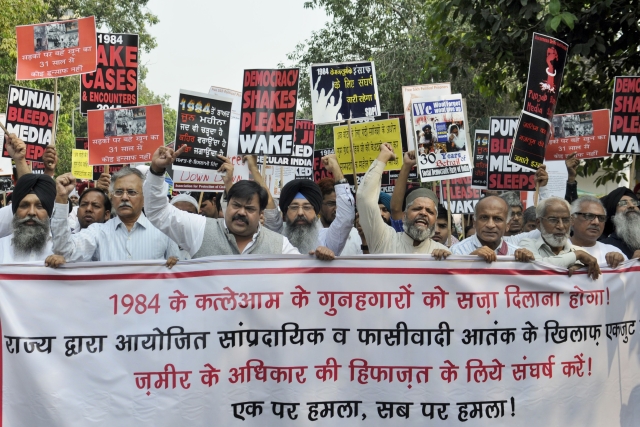 The Justice S N Dhingra Commission, which re-examined 186 closed cases in the 1984 anti-Sikh riots, castigates prosecution and police for delaying the appeals after which case records were destroyed.

The Centre told the Supreme Court that it has accepted recommendations of the Justice Dhingra Commission report and will take necessary action as per the recommendations.

"The whole effort of the police and administration has been to hush up the criminal cases concerning riots," said the report.

The Commission noted that hundreds of affidavits were received by Justice Ranganath Misra Commission with respect to killing, arson, looting done by the rioters with names of accused persons.

Instead of directing the registration of FIRs on the basis of these affidavits directly to the respective police stations, "Committee after Committees were formed and this further delayed registration of cases for years", said the report.

According to victims' lawyer Harpreet Singh Hora, "The victims have been stating since beginning that police and authorities acted in collusion. Now the findings of this report endorse it.

"This is going to be a long battle for my legal team and I will fight till the last to get them justice."

According to Hora, SHO Survir Singh Tyagi of police station Kalyanpuri had disarmed Sikhs and he was involved in conspiracy with others, and this case will be referred to the riots cell now.