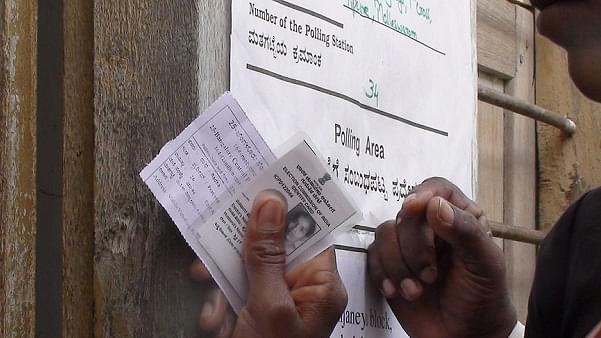 An elector shows his voter ID at a polling booth in Bengaluru. (Flickr)

According to a new SBI report, if there is only a slight increase in voter turnout during the last three phases, then the ongoing 2019 general elections is likely to record the largest ever voter turnout in the history of independent India, reports Mint.

"We believe that if the current trend continues, this year's turnout rate may cross the previous turnout, it may, in fact, be the highest since independence. Hence a 1 per cent incremental turnout from the current trend of 67 per cent after 4 phases could make it the largest turnout since 1947," said the report published by India's largest lender State Bank of India (SBI).

In the current seven-phased general election, around 900 million Indians are expected to cast their votes. Billed as the largest such democratic exercise in the world, the 2019 elections will end on19 May. The counting of votes will take place on 23 May.

The fifth phase is scheduled to take place on 6 May. "After four phases of elections, the voting percentage is 67 per cent, comparable to 67.6 per cent in 2014," said the SBI Ecowrap report.

The report added that the states where elections have been carried out across all constituencies - Andhra Pradesh, Assam, Gujarat, Karnataka - have registered the highest ever voter turnout since 1962 or in the last 57 years after independence.