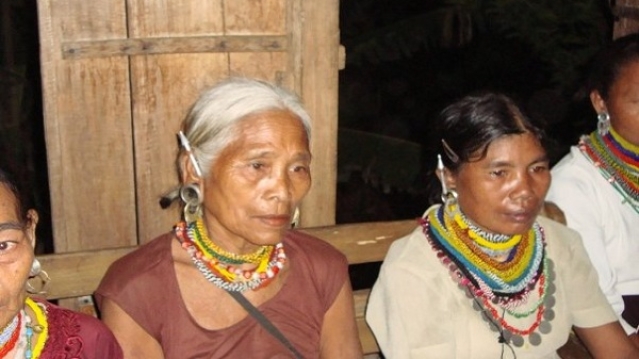 Members of the Bru tribe in Mizoram. (Photo by Banamallika Choudhury via Facebook)

Setting aside the impasse over repatriation of 35,000 tribal refugees to their homeland, 233 Reang or Bru tribal refugees of 46 families on Thursday (3 October) left Tripura for their villages in Mizoram, officials said.

"Under the supervision of the Tripura and Mizoram governments, the repatriation of the refugees will continue till November," Abeda Nanda Baidya, Sub-Divisional Magistrate of northern Tripura's Kanchanpur, told IANS over phone.

He said 233 people returned to western Mizoram through Damchara (border town) in several vehicles, arranged by the Mizoram government. The North Tripura District administration provided food and security to them.

A Mizoram Home Department official in Aizawl said the Union Home Ministry recently approved Rs 350 crore for rehabilitation, after the completion of the ninth phase of repatriation from seven relief camps in northern Tripura.

Over 35,000 Bru tribals were living in the relief camps in northern Tripura for 22 years after fleeing their villages in Mizoram due to communal tensions with the Mizo tribesmen who are primarily follow Christianity.