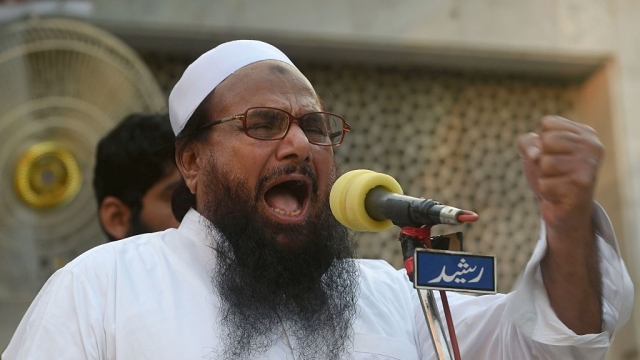 Saeed has been convicted under the Anti-Terrorism Act Section 11-F(2) - pertaining to membership, support, and meetings relating to a proscribed organisation - and 11-N (punishment under Sections 11-H [fund raising] to 11-K [money laundering]), reported Dawn.

He has been sentenced to prison for five and a half years and a fine of Rs 15,000 in each case. The sentences in both the cases will run concurrently. The court also granted him the benefit of Section 382-B of the Code of Criminal Procedure (reduction of period of sentence of imprisonment).

The court directed the authorities to keep Saeed in custody until further orders.