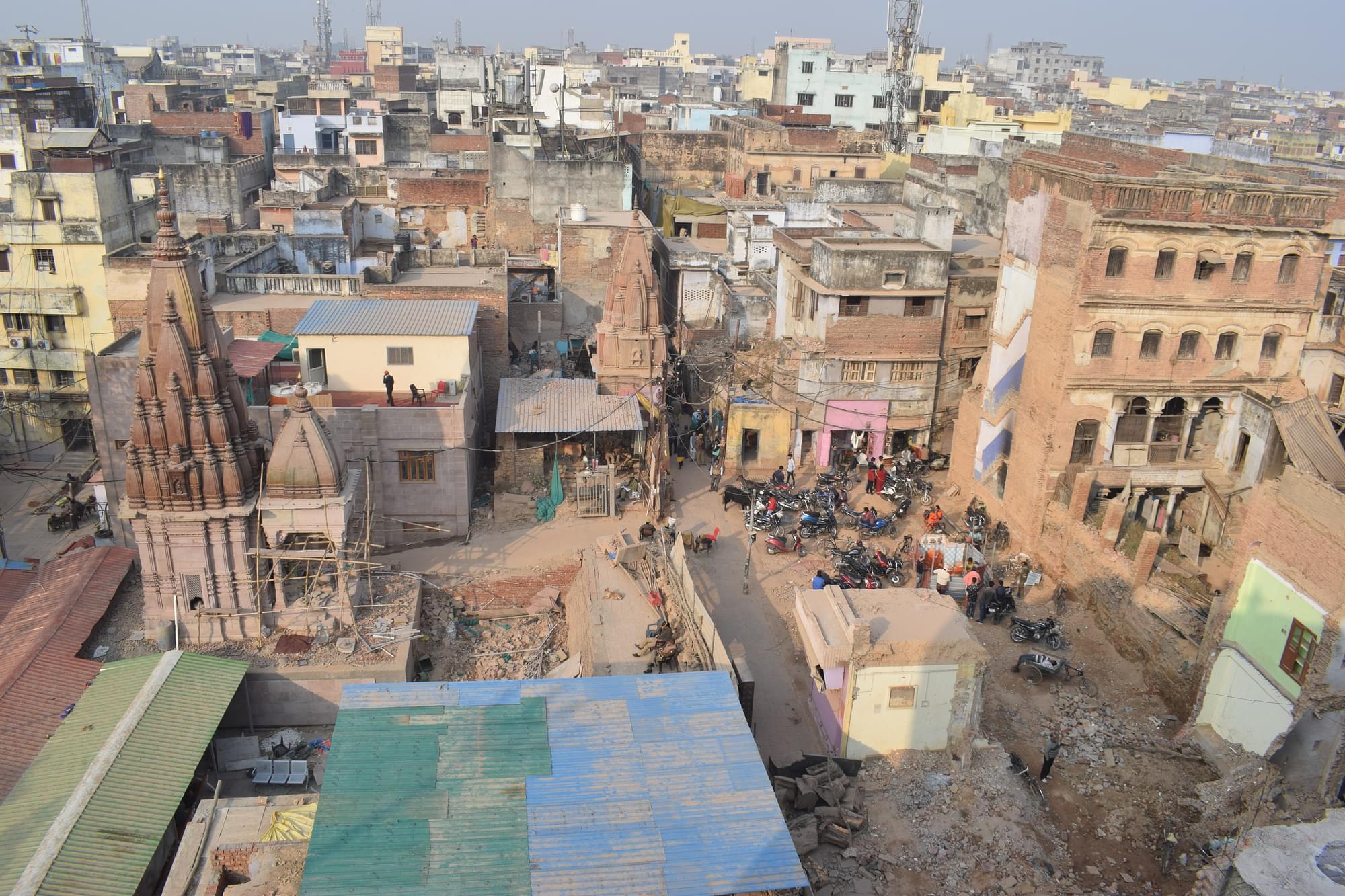 Work in progress: Buildings that had mushroomed in the vicinity of the Kashi Vishwanath temple making way for the project

Prime Minister Narendra Modi’s Flagship Kashi Vishwanath Corridor project for his constituency Varanasi is moving ahead swiftly as the construction of the project is going to begin soon, reports Financial Express.

As many as four Indian companies have reportedly come forward for the construction work of the project. These companies include Delhi’s Shapoorji Engineering company, L&T and Ahmedabad’s PAP Project Limited.

“The tender for the construction work was floated in early October and we conducted a pre-bid meeting with prospective bidders on Thursday. We had good representation from Shapoorji, PAP and L&T, etc,” Vishal Singh was quoted in the report as saying.

“After the meeting, we presented the details of the project to them. Things like what are they going to do, what is the plan, what are the basic cardinal points of the project, reconstruction of religious buildings and building an area which remains maintenance free for over atleast hundred years in major construction were discussed,” he said.

He informed that the bidders were taken to the site to show its readiness and constraints. “All bidders were quite enthusiastic about it,” the CEO added.

Singh said that since the Kashi Vishwanath temple has to remain functional throughout the year, ways to minimise the hindrance in the movement of pilgrims were also discussed with the bidders.

“We expect the construction work to start in January first week in the new year,” he said.

The tender for the project will reportedly open on 21 December while the technical consultants will be appointed by the month-end.