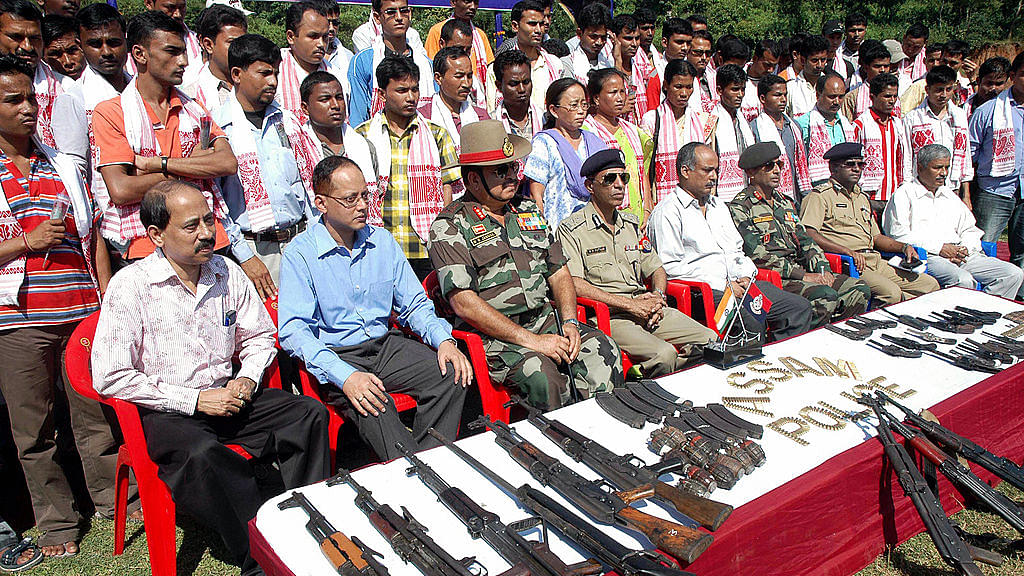 According to Assam Police, as many as 644 militants from eight banned insurgent groups surrendered with 177 arms on Thursday (23 January), Hindustan Times reported.

“This is an important day for the state and the Assam Police. Altogether 644 cadres and leaders of eight militant groups laid down their arms,” Director General of Police (DGP) Bhaskar Jyoti Mahanta told the press.

It was one of the largest surrender of militants in the recent times, the DGP informed.