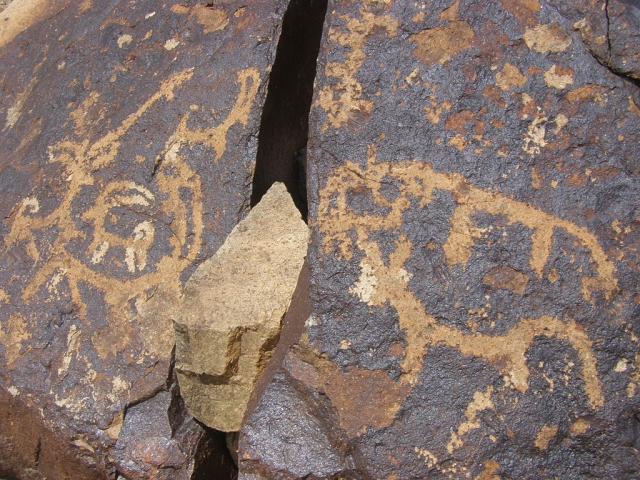 Rock carvings known as petroglyphs have been discovered in several parts of the Konkan region in Maharashtra, BBC has reported.

Experts believe they may be the oldest petroglyphs ever found.

The art which has been uncovered below layers of soil has been found to be 10,000 years old. These paintings have been found in Ratnagiri and Rajapur areas, and the art has been carved on hilltops.

"We walked thousands of kilometres. People started sending photographs to us, and we even enlisted schools in our efforts to find them. We made students ask their grandparents and other village elders if they knew about any other engravings. This provided us with a lot of valuable information," Sudhir Risbood, one of the explorers who discovered many of the petroglyphs told BBC.

Locals are worshipping some of these art forms. Art forms that have been discovered so far are of animals, birds, human figures and geometrical designs. The similarity of the art has made experts believe that these could be among the oldest surviving examples of prehistoric drawing.

These rock carvings lay unnoticed for several millennia, the report says, adding that a hunter-gatherer community could have drawn these.