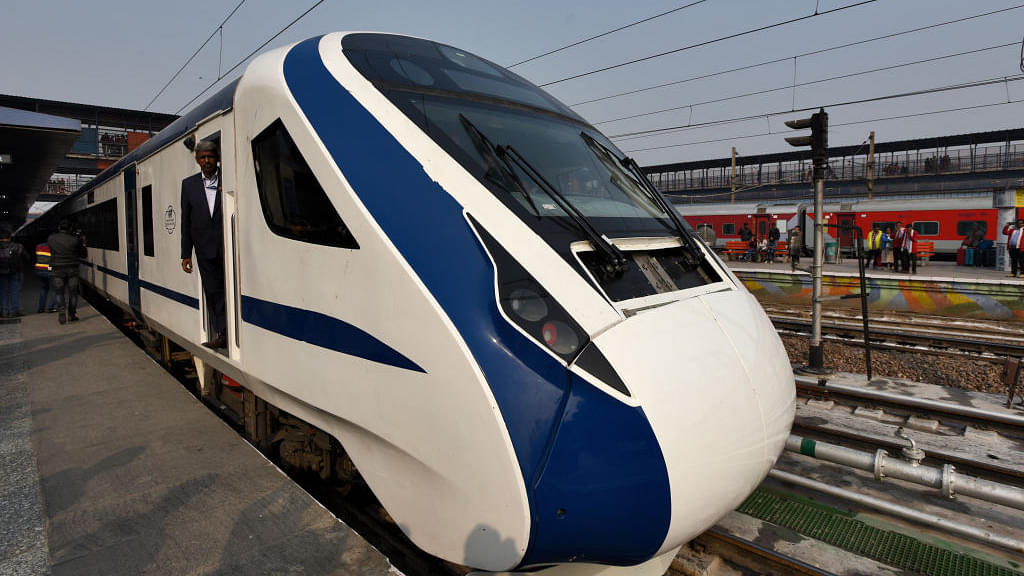 Currently, the train has been permitted to run at 130 kmph due to safety reasons. (Burhaan Kinu/Hindustan Times via Getty Images)

Minister of Railway, Piyush Goyal, had posted a video of the train leaving the New Delhi railway station. He added that the tickets for the Integral Coach Factory (ICF)- manufactured coach have been sold out for the next two weeks.

Thanks a lot, for this "Make In India" success story. #Varanasi pic.twitter.com/7tRhlPcxEr

Despite the engine-less train departing from New Delhi station on time at 6 am, it had to run on reduced speed in various places owing to low visibility after dense fog. The arrived at Varanasi 80 minutes late due to the fog.

The ‘Made in India’ Train-18 or the Vande Bharat Express was launched on Friday (15 February) by Prime Minister Narendra Modi in New Delhi. However, the train developed a technical issue while returning from Varanasi on Saturday (16 February) morning.

Railways claimed that the issue was small and has been fixed since then. However, the ICF said “the train is a prototype and may have a teething problem initially.”

Train-18 was successfully run at 180 kmph during trials. It was conceptualised and produced in 18 months by Chennai’s ICF. Currently, it has been permitted to run at 130 kmph due to safety reasons.

The railways has also been advised by the commissioner of Railway safety to upgrade the signalling system and also install fences on both sides of the track to ensure nobody steps on them. The train will run at its maximum speed once the safety measures are implemented, railway officials said.