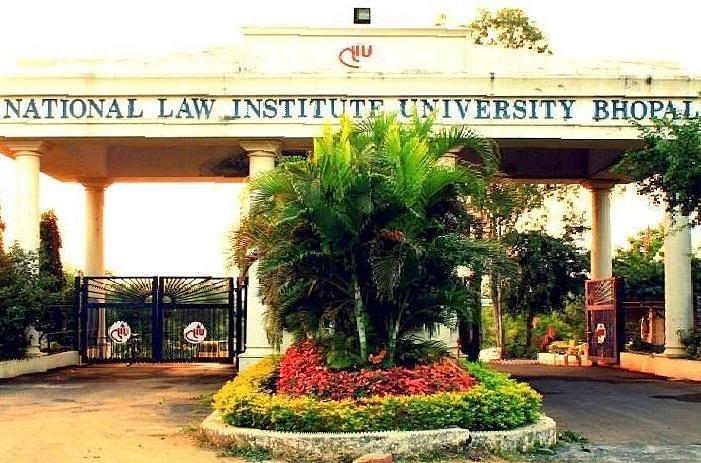 A section of the NLIU Bhopal Alumni comunity has dissociated itself from the statement that was issued against the Citizenship Amendment Act by some ex-students in the name of ‘NLIU Alumni Body’.

Dissociating themselves from the statement, 138 alumni of the institution have said that they condemn the “the presumption against selective state authorities without due investigation” and “the presumption of unconstitutionality of the Citizenship Amendment Act”.

The following statement is necessitated from the better half of the NLIU Community in light of the recent statement, by select alumni of NLIU.

The said statement has been misrepresented to be a statement on behalf of the official NLIU Alumni Association or a representation of opinion of all/majority of NLIU students or Alumni.

We unequivocally state that WE DO NOT AGREE WITH THE SAID “NLIU ALUMNI SOLIDARITY STATEMENT” and would like to clarify our stand on the issues mentioned.

We, the undersigned alumni of National Law Institute University, Bhopal, at the outset, condemn ALL VIOLENCE that may have taken place. NO VIOLENCE can ever or must be justified whether on part of students, the protestors or the State Authorities.

We cherish and recognise the right to free speech and assembly and at the same time seek to protect our academic institution from overt politicisation. Our academic institution and the Alumni Associations must first persevere towards betterment of NLIU community and to the extent possible, must remain shy and circumspect of politicisation of student and the alumni community, at the cost of independence of thought and expression within the NLIU community.

We recognise and respect the constitutional order in the country and the democratically elected governments at the State and the Central level. We recognise that there may be different cases of purported violence taking place, whether in and around University campuses or beyond them, which cannot all be coloured with the same brush.

We CONDEMN THE PRESUMPTION AGAINST SELECTIVE STATE AUTHORITIES without due investigation especially when the subject matter is sub-judice before the Hon’ble High Courts of respective States.

We unequivocally express that we are responsible and more importantly, reasonable persons, and do not seeks to make any presumptions, either against the State authorities or the students.

We, as lawyers, have been taught the rules of investigation and the advantages of an adversarial system, which works as a strong safeguard against such biased one-sided presumptions.

We seek to do justice to the education we received at our beloved University and not become POLITICAL PAWNS, on either side of the spectrum. In this vein, we vehemently condemn the presumption of unconstitutionality of the Citizenship Amendment Act, 2019.

We do not wish to comment on the constitutionality of the same either. We merely seek to clarify, as we have been taught in law school, that there is a PRESUMPTION OF CONSTITUTIONALITY OF ANY STATUTE validly enacted unless the same is declared unconstitutional by the Hon’ble Courts.

We recognise and respect the constitutional ethos including, diversity, inclusivity, pluralism and secularism and at the same time we recognise the argument on the other side regarding the plight of minority communities in Pakistan, Afghanistan and Bangladesh.

We cannot ignore that the problem of illegal immigration in the country has been noted by the Hon’ble Supreme Court in numerous judgments which has also recognised the sovereign right and duty of the Government to expel such illegal migrant as per the process and procedure under the Citizenship Act, 1955 and the Foreigners Act, 1946.

Any presumption, of “egregious unconstitutionality”, is merely one side of the debate and something, which we as responsible lawyers, must not make. Be that as it may, we understand that the challenge to the constitutionality of the CAA is pending before the Hon’ble Supreme Court which would be the ultimate arbiter in the matter.

We disagree with the HIGHLY CONJECTURAL CONTENT OF THE STATEMENT without ascertaining the crux of the issue. To conclude, we strongly believe in constitutional rights of students and protestors and the coincidental constitutional restrictions on the same.

More importantly, we believe and respect the DUE PROCESS OF LAW and do not seek to make irresponsible and ill-informed statements without the ascertainment of issues by impartial arbiters.

We condemn the language and content of the previous statement which makes slurs against the purported “majoritarian thought” and alleged silencing of “dissenting voices”.

We believe that India is a HEALTHY DEMOCRACY and we seek to affirm the rights of peaceful assembly and the freedom of thought, speech and expression of India across students in Universities in India.

In that light, we also seek to affirm and express our own right to dissent and disagree with the previous statement issues in the name of “NLIU Alumni”.

The statement unfortunately, maybe without intention, paints the entire NLIU community with the same opinion. While we must respect the diversity of opinion in the country but we must also respect and reaffirm the DIVERSITY OF OPINION WITHIN THE NLIU COMMUNITY.

We urge everyone to engage in a civil debate and not seek to stifle the diversity of opinions within the NLIU community.

The list of alumni (with batch years) who have signed the clarificatory statement: