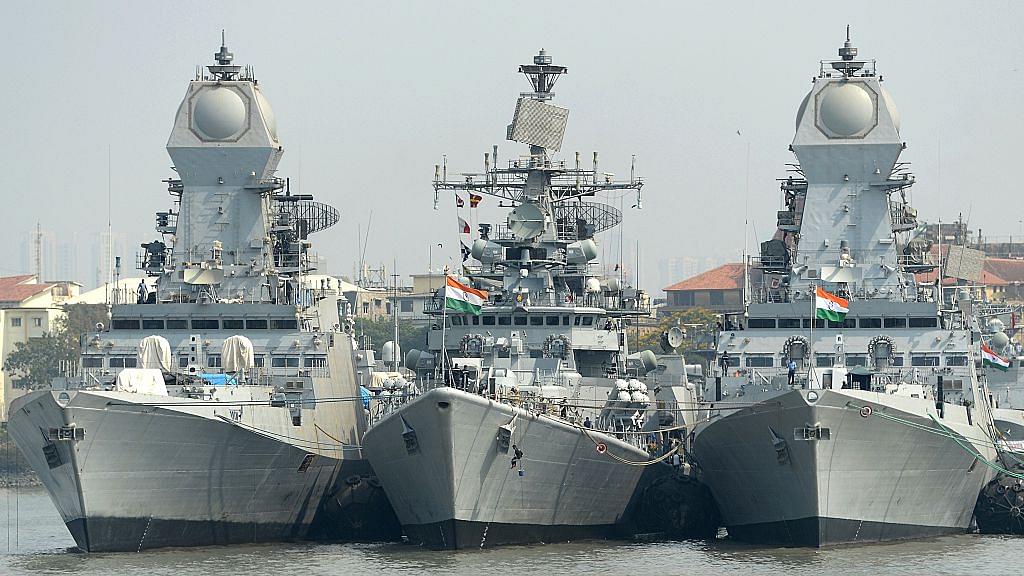 The Indian Navy is in urgent need of anti-submarine warfare helicopters. (INDRANIL MUKHERJEE/AFP/GettyImages)

Indian warships have reached the Pacific island of Guam to participate in a joint naval exercise with United States (US) and Japanese forces, aimed at trying to hunt submarines. However, there is one serious problem. The country is facing a shortage of naval multi-role helicopters, that enable forces to track nuclear-powered submarines or even ordinary ones, both of which are respectively part of the American and Japanese defence repertoire, reports Economic Times.

The Indian Navy has for long been trying to procure these choppers, which can track enemy submarines that are positioned beyond their sensory range. The last such procurement attempt, which was in 2005, hah however failed. Now, the Navy is looking to obtain the ‘Romeo’ choppers from the US by way of an inter-government purchase.

Until such time this end is achieved, Indian warships such as the INS Kamorta – an anti-submarine corvette in Guam - will be limited in their ability to hunt submarines in the Indian Ocean region.

And, with China deploying submarines in the Indian Ocean in the guise of anti-piracy patrol ships, this lacunae debilitates the Indian forces in their efforts to check expansionist tendencies.

A senior Indian naval officer is quoted in the report as saying that the Indian ships will only be operating Chetak helicopters for utility missions, but will rely on maritime aircraft for long-range anti-submarine missions during the exercise.