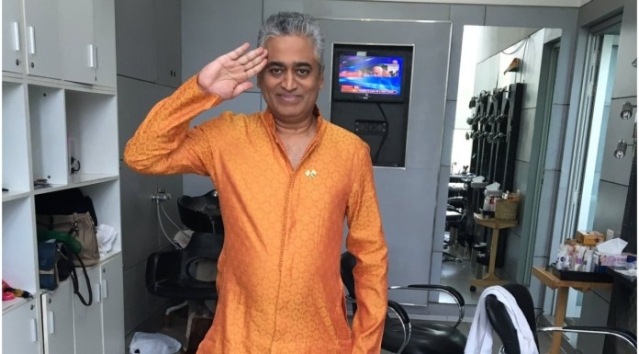 Last Wednesday (20 May), Sardesai moderated a live debate titled, “Has UP Govt Scored A Self-Goal By Denying Buses For Migrants?”.

A video from the said debate has gone viral on social media where on one hand Sardesai stayed mum when Dev referred to UP CM Yogi Adityanath as “Ajay Bisht”, while he started questioning Bhatia when he referred to Sonia Gandhi as “Antonia Maino”.

At around 16th mark in the video, the Congress spokesperson Sushmita Dev calls Yogi Adityanath as ‘Ajay Bisht’, his birth name before he took Sanyas.

Two minutes later, at around 17:50 minutes into the show, BJP spokesperson Gaurav Bhatia too referred to Sonia Gandhi by her maiden name ‘Antonia Maino’.

Soon after that, Sardesai put up a series of questions to Bhatia. He asked, “Why bring in Antonia Maino? why this dog whistle? What this has to do with the debate?.”

Bhatia then pointed out that he had kept silence when the same trick was used by Congress spokesperson to refer Yogi Adityanath as ‘Ajay Bisht’.

It should be noted that in Hindu culture, it is a sense of respect for fellow Hindus to abstain from referring to saints, sadhus and sanyasis by their pre-sanyas names.