A Year After Doklam, India And China Caught Up In A Standoff In Ladakh’s Demchok 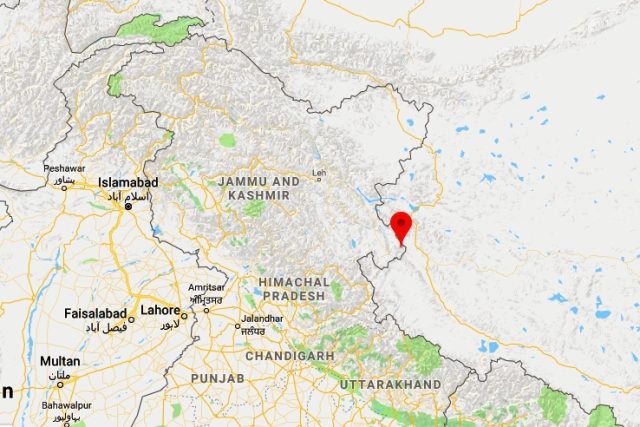 Location of Demchok in Jammu and Kashmir.

Nearly a year after the intense military face-off at Dolkam, troops of the People’s Liberation Army intruded around 300 to 400 metres inside the Demchok sector of Ladakh and pitched five tents there, the Times of India has reported.

According to reports, the incident took place in June.

China removed three of its tents in the Cherdong-Nerlong Nallan area after brigadier-level talks between the two countries. However, two tents with “some Chinese troops in civvies” are still present at the site.

Times Now has reported that the incursion was carried out as a protest against a building of a road in Nerlong area of Ladakh.

Demchok, the site of the current face-off, is one of the 23 “sensitive areas” on the Line of Actual Control. The region had witnessed a similar incidents in the when Chinese President Xi Jinping was to visit India in September 2014. Back then, Chinese had set up tents to protest the construction of a 100-foot-long water channel. This time, the incident took place at a time when Beijing has confirmed that its defence minister General Wei Fenghe will be visiting India soon.

India and China were locked in a 73-day intense military standoff in Doklam in the Sikkim sector last year after the Indian side stopped construction of a road in the disputed tri-junction by the Chinese army.