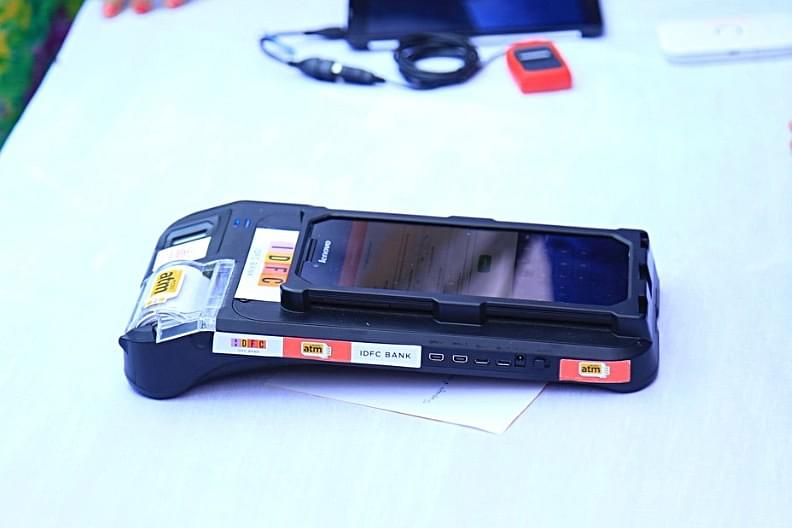 In the government’s push towards mainstreaming digital transactions, UIDAI, the agency behind Aadhar, has launched Aadhar based Micro ATMs, in a move that it hopes will benefit 59 crore Indians, Jagran has reported.

The Micro ATMs facilitate card-less and PIN-less transactions, requiring just the customer’s Aadhar number and finger print as the identity proof. This brings digital transactions within the reach of India’s rural populace which still lacks access to credit and debit cards.

With only your Aadhaar number, you get doorstep access to banking services. Over 4 Lakh Aadhaar Micro ATMs (locate one near you from: https://t.co/xD3WX1EJRh) providing card-less Pin-less banking across India. For bringing banking services closer, #HumHainAadhaarKeSaath pic.twitter.com/ATXSUI545c

4 lakh such micro ATMs have been operationalised across the country, with Bank MITRs being the touch-points for these services in rural India.

These modified points-of-service (POS) machines can be used by customers to withdraw and deposit money in their bank accounts too, just with their Aadhar number and fingerprint. There’s no service charge for the transactions made over these Micro ATMs.

The move is part of the larger move by the government towards pushing cash-less transactions and is inline with other banking reforms like Jandhan accounts and Aadhar card linking with bank accounts.

According to the latest figures, close to 90 per cent of the Indian population has been registered under Aadhar and 87 crore bank accounts have been linked to Aadhar in the country.

Here’s how the Aadhar based POS machines work: