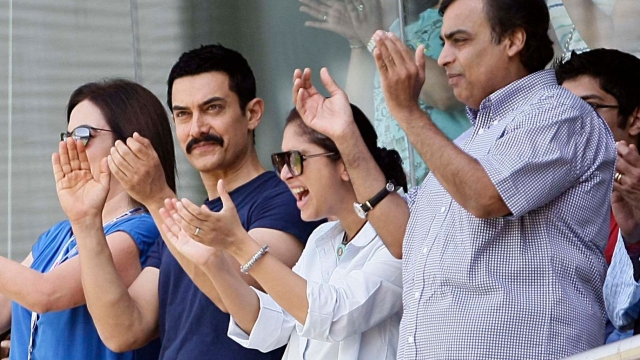 The ambitious project is estimated to cost a whopping Rs 1000 crore for the entire series.

While no official announcement has been made on the launch of the movie-series, there have been at least three confirmations that project is currently underway.

A well-known film trade analyst Ramesh Bala on his Twitter account confirmed that Aamir Khan will start working on a movie series based on Mahabharat that RIL‘s Mukesh Ambani will co-produce. He indicated the movie would be in the lines of TheLord Of The Rings, and Game of Thrones in-terms of production value. Bala also mentioned that the budget for the proposed project is pegged at over Rs 1000 Crores.

This will be mostly in the lines of #TheLordOftheRings , #GameofThrones in-terms of production value..

During an interview with DNA, Bollywood actor Shah Rukh Khan also confirmed that the film project on Mahabharata is underway and Aamir Khan is essaying the role of Bhagwan Krishna. When the actor was asked to choose from a list of roles that he might like to play in the future, the 53-year-old Shah Rukh Khan said that he would love to do the part of Krishna from Mahabharata but added that since Aamir was already playing the role and hence he will not be able to do that.

Aamir Khan was earlier the first choice to play the role of Indian astronaut Rakesh Sharma in a biopic based on the latter's life. But writer Anjum Rajabali confirmed that work on the Mahabharata-based series had so consumed Aamir, that he had to let go of the biopic.