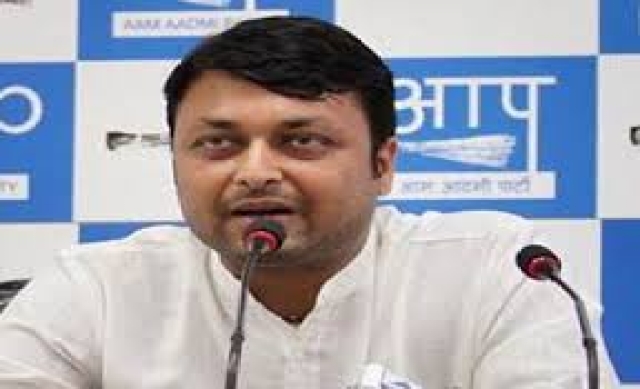 On Sunday, December 2, an FIR was filed against AAP MLA Rituraj Govind’s aide Saurabh Jha for thrashing a young boy with a police baton. On the occasion of Chhath Puja, the boy had allegedly molested a woman. In the video that has gone viral, the police are seen to be doing nothing but being mute spectators. Jha runs an NGO based in Kirari.

Based on the information provided by police, there are seven criminal cases against Vikas so far. His brother, Judi, has been accused in a gang-rape case and is out on parole. The incident as seen in the video was reported to have taken place a couple of weeks ago.

On 14 November, both the accused and his brother along with their friends molested a woman in Hind Vihar Colony. Being thrashed by the mob, police later rescued Vikas and took him to the police station. Based on the victim’s statement, police have registered a case under relevant sections of the Indian Penal Code.

The New Indian Express quoted Saurabh Jha as saying, “A bunch of boys had created a ruckus in the area. On the sacred occasion of Chhath also they were involved in harassing a girl. I was compelled to take action. Having said that, I would stress that it wasn’t correct on my part to take the law in my hands.”

Rituraj Govind, the MLA, also supported the argument by saying that it was wrong to take law into one’s hand. On the other hand, Vikas’ family says Jha has been doing this because he wants to extort money from them based on the false cases AAP workers have filed in the past against Vikas and his brother.