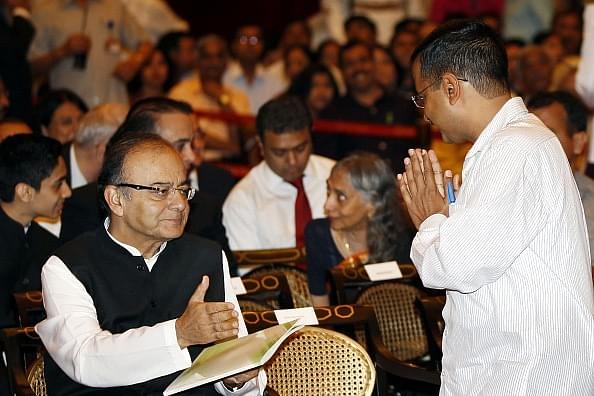 Kejriwal was joined by three of his AAP colleagues in the apology, namely Sanjay Singh, Raghav Chadha and Ashutosh. Union minister Jaitley had filed a Rs 10-crore defamation suit against these four as well as two other party leaders Deepak Bajpai and Kumar Vishwas in December 2015, after being accused of financial irregularities in the Delhi and District Cricket Association (DDCA) during his tenure as its president.

In a joint letter, the four AAP leaders have stated, “These allegations made by me were based on information and papers furnished to me by certain individuals who represented to have first-hand insight into the affairs of DDCA. However, I have recently discovered that the information and the imputations contained therein are unfounded and warranted and I was clearly misinformed into making these allegations.”

The letter further says, "I offer my sincere apology to you and your family members for any harm caused to your reputation as a consequence of my allegations.”

As per reports, a joint plea has been moved by Jaitley and Kejriwal to "settle" the over two year old litigation and the court has agreed to list the matter for hearing on Tuesday, if no technical objection is raised by the registry.

Cross-examination of Jaitley in the cases concluded on February 20, with the high court terming the proceedings as "malicious" and "a sheer mockery".

The fresh apology is fourth in a series of similar apologies by Kejriwal to Union Minister Nitin Gadkari, Congress leader Kapil Sibal and Akali Dal's Bikram SIngh Majithia. The party is desperately defending its leader’s embarrassing apologies by telling supporters that defamation cases were a conspiracy to keep Kejriwal engaged and saying ‘sorry’ is a smart tactic to wriggle out of the situation.