‘Political Masterstroke’: How AAP Is Explaining Its Leader’s Embarrassing Apology To Supporters 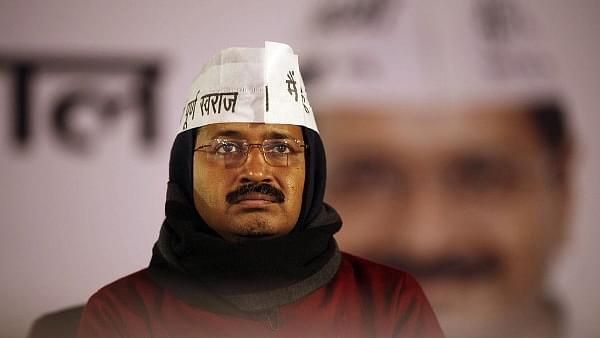 Shortly after Delhi chief minister and Aam Aadmi Party (AAP) chief Arvind Kejriwal's letter of apology in a defamation case was circulated on social media last week, his critics pounced on the opportunity to mock the motormouth leader. His supporters, on the other hand, were left hugely disappointed.

Kejriwal apologised unconditionally to former Punjab minister Bikram Singh Majithia on Thursday for “falsely” accusing him of involvement in drug trade during the run up to Punjab assembly elections.

After such tall claims as promising the voters of Punjab to jail Majithia within weeks of assuming power, the apology is an anti-climax. This, combined with fresh news reports that Kejriwal has similarly apologised to Bharatiya Janata Party’s senior leader Nitin Gadkari in a separate defamation case, has further left his supporters disheartened and feeling cheated. Kejriwal is also expected to repeat it in another defamation case filed by Arun Jaitley.

This just might be the lowest moment for the party and its cadre since its inception in 2012 when it based itself on the principles of zero tolerance for corruption and crime. The very foundations of the party are now shaken with its founder looking his weakest ever.

But the party's propaganda machine is hard at work to retain the confidence of its supporters. And while at it, it is desperately trying to make an embarrassing U-turn look like some sort of a 'masterstroke'.

A look at pro-AAP pages on social media and posts shared on Whatsapp groups tells you how the narrative being peddled is that the apology is a personal sacrifice on part of Kejriwal for the larger good of the party and the mission.

"Please understand, Arvind Kejriwal has sacrificed his own image for Punjab, seems like an idea far fetched.. but it's pure logic that there is no AAP in Punjab without Kejriwal & Manish Sisodia's ground breaking work in health & education (sic)," says a long post titled 'Apology, for the good of Punjab' widely circulating on Facebook and Whatsapp.

As anyone can see, this is a marked shift from Kejriwal's pre-poll fiery speeches that made "cleaning the country" all about sending "corrupt" ministers to jail. The new narrative, however, is that Kejriwal would have gladly taken the court battle to its logical conclusion but for the expectation of his followers!

Shortly after the aplogy caused an upheavel, AAP leaders in Punjab began adding to the embarassment by threatening to resign en masse. That's when Ankit Lal, the party's social media head based in New Delhi, uploaded a video interview with advocate Rishikesh Kumar on the compelling reasons behind the move. Kumar has been associated with the party since 2008, and the interview is being widely shared in AAP circles.

In this, the advocate is telling viewers that it was a "conspiracy" by “all rival political parties” to trap Kejriwal with defamation suits so his "development" work takes a hit. Kumar, ironically, admits that some of the cases could have led to conviction and eventual jail. He, however, concludes that it would have been disastrous for the ‘mission’. "Kejriwal isn't scared of going to jail. But conviction would mean that he cannot contest election for six years. Imagine the setback it would cause to the party and voters,” he says.

It's interesting how, as per the party’s own confession, the quest for power and contesting elections has emerged bigger than the moral fight that it was so far claiming to put up against what it called corruption and crony capitalism. Of course, the apology is being presented as a logical move to wriggle out of the legal mess.

Even in AAP's mainstream outreach, the narrative is that Kejriwal is a victim of bullying. A senior leader of AAP, Atishi Marlena, has suggested in an article for a website that the decision to apologise means not getting "trapped into the politics of bullying-by-defamation that would drain his time, money and attention".

What takes the cake, however, is a viral post that describes Kejriwal's move as a 'vazeer ki chaal' or a 'masterstroke'. It’s selling the apology as an astute political move rather than the embarrassment that it is.

The post attacks the judiciary. It questions the “system” for it has “made an honest man ask for apology”. And it justifies the apology by arguing that since AAP never came to power in Punjab, it could not start an investigation against Majithia and so, it was only smart to end this by a simple letter.

So much for revolution! Or, like someone said, ‘Krantikaari, bahut krantikaari’. The question is, will the Delhi voters fail to see through this?