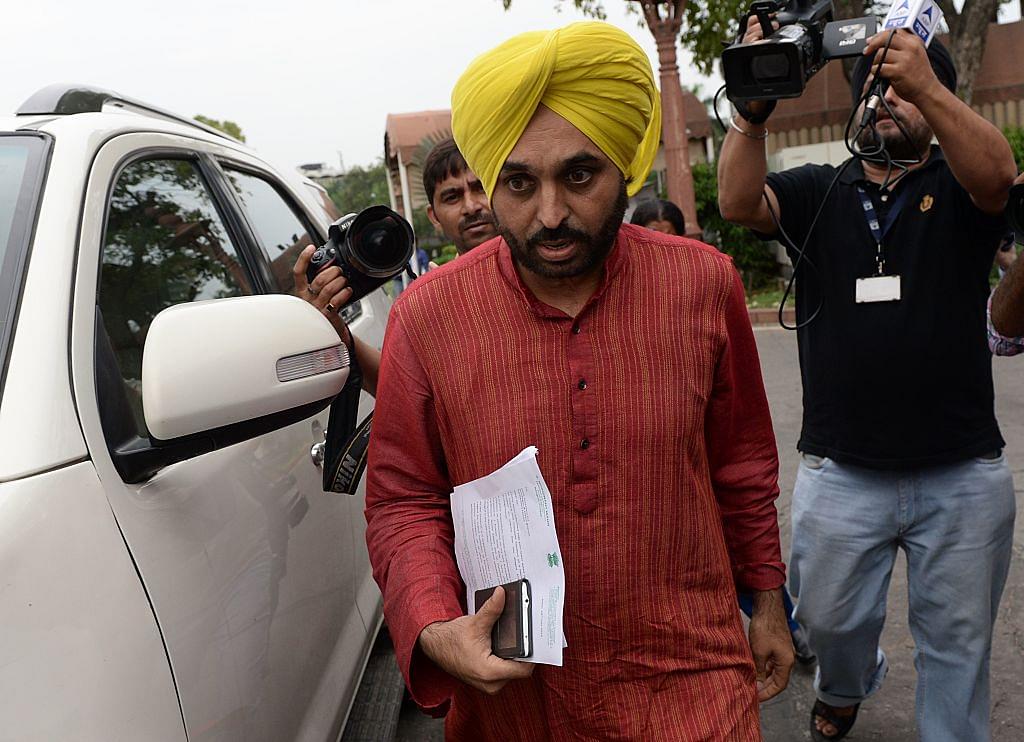 The Aam Aadmi Party (AAP) on Sunday announced its Sangrur MP Bhagwant Mann as its candidate against Sukhbir Singh Badal in the Punjab assembly polls due early next year. The infamous AAP MP will now contest elections against the Deputy Chief Minister and Shiromani Akali Dal (SAD) president.

AAP convener and Delhi Chief Minister Arvind Kejriwal announced the decision at a rally in Fazilka district’s Jalalabad town, from where Sukhbir is a two-time sitting MLA. Kejriwal later took to Twitter to announce the same.

Mann has remained in news and has been a source of various controversies, latest being the one in which he live-streamed security arrangements at the Parliament House complex on social media. In the video, Mann gave a running commentary as his vehicle crossed security barricades, while entering the Parliament. “I’ll today show you something you would not have seen earlier,” the MP had said in the video. Back then, Mann had defended his move saying he was only showing people “how the Parliament functions”. A parliamentary panel is now investigating the alleged security breach, and Mann has been barred from attending the house proceedings.

In 2015, a controversy had erupted when expelled AAP leader Yogendra Yadav accused Mann of attending Lok Sabha sessions under the influence of alcohol. “I discovered it first in July 2014 when AAP had a meeting of all its Lok Sabha candidates. Mann was sitting next to me and was smelling of alcohol. I mentioned it to Arvind Kejriwal and he nodded. Around this time I heard rumours that Mann was going to the Lok Sabha sessions, drunk,” Yadav had said.

Now, Mann is the poster boy of Kejriwal’s political campaign in Punjab, committed to ending 'nashakhori' in the state.