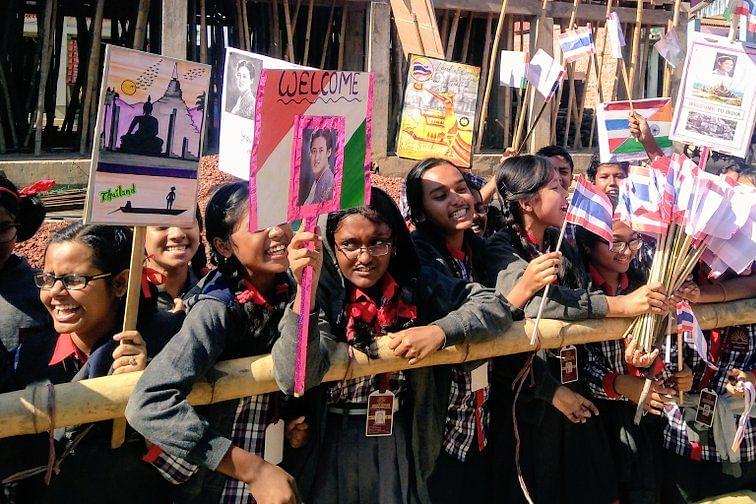 The princess is a noted Indophile and a scholar in Sanskrit and was awarded the coveted Padma Bhushan in 2007.

The legend has it that one crore gods, including Lord Shiva, halted at the hill. Shiva left the palace alone, without any other god, thus making it ‘one less than a crore’ or ‘Unakoti,’ which is how the site got its name.

“This is a unique place full of grandeur and art. I would like to visit other tourist spots in the state like Chabimura (Gomati district) and Neermahal (Sipahijala district),” Chief Minister Deb quoted the princess as saying.

Many school students and people from different social segments held flags of Thailand and India to welcome the Thai princess.