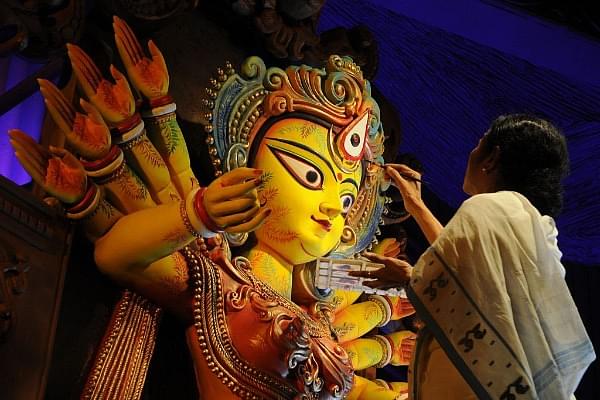 Bengal Chief Minister Mamata Banerjee has announced a package of Rs 28 crore for the organisers of Durga Puja, one of the most celebrated occasions in the state, Mint has reported.

Aiming at ‘community development’, the move will enable the state exchequer to lend out anywhere between Rs 10,000 to Rs 28,000 to the organisers. It is being described as a ‘gift’. Departments of the state government, such as consumer affairs and tourism will fund this exercise.

Besides this the puja organisers do not have to pay to the fire department to obtain license. Some say that this might be done to shed away the image of being a partisan towards the minorities. Last year, Banerjee got into controversy when she imposed restriction over immersing idols, which clashed at the same time as Muharram celebrations, state BJP leaders say.

The Communists however, have criticised this decision of the Mamata government by calling it a perfect example for ‘competitive communalism’.

In the past years the Calcutta High Court had noted that the Mamata government’s directive to restrict Durga Puja immersions amounted as a clear endeavour to appease the minority section.

Even in the last year’s Durga Puja, the Mamata government had imposed curbs on the immersion due to a clash of dates with Muharram but was rapped by the High Court which put a stay.