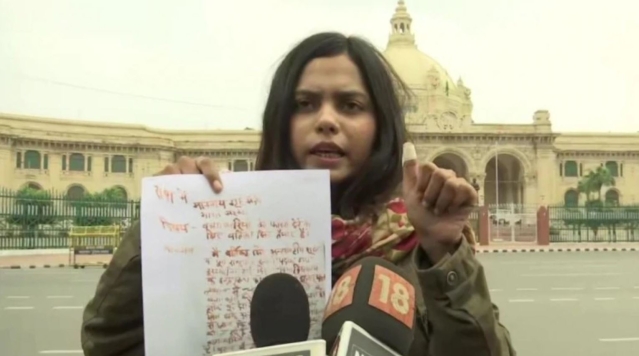 Renowned Indian shooter Vartika Singh has written a letter in blood to Union Minister for Home Affairs Amit Shah asking for the permit for her to be the executioner to hang the four men convicted in the infamous Nirbhaya gangrape case, reports Asian News International (ANI).

Emphasising that the rapists being executed by a woman would send a strong message throughout the nation, Singh has called for female actors and members of parliament to support her.

Asserting that women should not live in fear, Singh pressed that rapists should learn the lesson that a woman can also execute their death sentence.

The four rapists in the case, Mukesh, Akshay, Pawan and Vinay had been slapped with capital punishment. Among other two rapists in the case, one was a minor on the date of the gang-rape of the 23-years-old paramedical student, while another committed suicide while under incarceration at Delhi's Tihar jail.