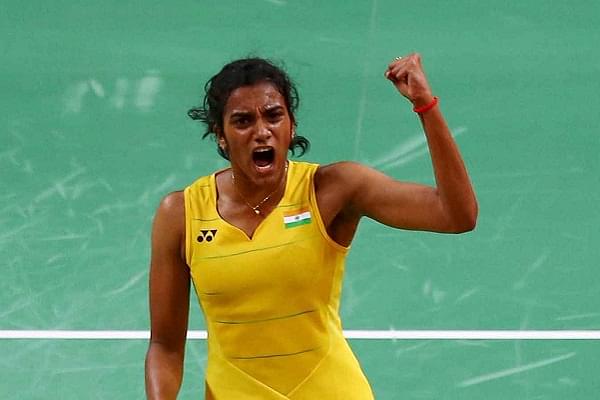 Having conquered the world of badminton her historic gold-winning performance at the BWF World Championships on 25 August, PV Sindhu on Friday (30 August) visited Tirumala Mala Balaji's temple in Tirupati and offered her prayers, reports India Today.

With her stellar win at Switzerland, 24-years-old Sindhu had become the first-ever Indian to have won the coveted title at the said championship. The ace shuttler was accompanied by her parents, on her thanksgiving visit to the holy site for the glory.

Sindhu had reached the pious Tirumala Hills on the evening of Thursday after she had paid reverence at the Goddess Sri Padmavathi Temple of Tiruchanur. Then on Friday, she prayed at the temple of Lord Venkatswara.

Sindhu has received love and accolades from across the spectrum of politicians, celebrities to citizens alike. Days before, after Prime Minister (PM) Narendra Modi returned from his three-day visit to France, UAE and Bahrain, he had also personally met with Sindhu and her coach Pullella Gopichand to congratulate them for having added to India's pride.