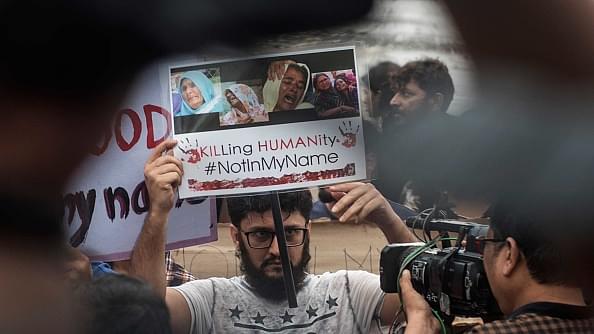 Action has been ordered against two doctors on duty at the Seraikela Sadar Hospital (SSH) for overlooking the skull fracture and subsequent haemorrhage of alleged mob lynching victim, Tabrez Ansari who died at the said hospital on 22 June after he had been transferred from Seraikela jail, reports Hindustan Times.

The action against the doctors has been ordered by the deputy commissioner for Seraikela-Kharsawan, A Dodde who said that, "The probe committee report has found lapses on their part in administering proper examination and medical care."

Meanwhile, Seraikela SDO Dr Washarat Quayum, who is a civil surgeon who led the probe committee on the matter said, “The doctor on morning duty missed out on detecting and treat the skull fracture that has been mentioned in the post mortem report, which eventually led to subarachnoid haemorrhage of the patient. The doctor in the evening also missed the skull fracture. There was no injury details and other examination aspects in the hospital records also.”

Tabrez was beaten by the angry villagers in the night of 17-18 June and was later sent to the jail on 18 June, four days before he succumbed to his injuries at the SSH.