Afghanistan: US Military Warns Taliban Of Response If Violence Continues 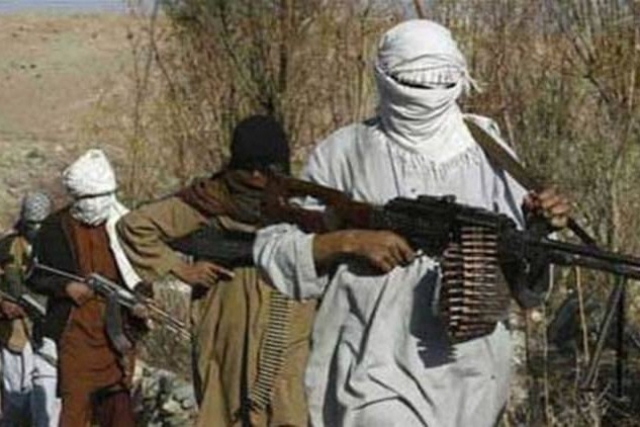 The US military in Afghanistan warned the Taliban of a response if the militant group continued with its attacks in violation of an agreement that was inked by the two sides in February.

In a rare open letter to Taliban spokesperson Zabihullah Mujahid posted on his Twitter handle, Sonny Leggett, the spokesperson for US forces in Afghanistan, said on Saturday that it was time for all sides to "return to the political path" and reduce violence as pledged under the 29 February pact, reports Efe news.

"Reducing violence is an absolute necessity and this is up to the leaders of all military forces - Afghanistan security forces, Taliban fighters, and yes, the coalition," Legget said.

"Attacks generate attacks, while restraint produces restraint. All sides must choose restraint to prevent more killing and violence. If the violence cannot be reduced, then yes, there will be (a) response."

Mujahid replied to Legget's tweet, urging the US to implement the Doha agreement.

"Do not harm the current environment with pointless and provocative statements. We are committed to our end, honour your obligations," he said.

The Taliban had earlier warned that it would "react and respond" to "repeated violations" by the US and the Afghan government's airstrikes and attacks against the militant group and civilians.

Leggett in the letter acknowledged that there was a reduction of violence against cities and coalition forces.

"But we spoke of all sides reducing violence by as much as 80 per cent to pave the way for peace talks," he said.

"During those long negotiations, there were written and spoken commitments. Some commitments are being observed, while others are not."

He said the US had "not conducted a single offensive strike or operation since before the start of the reduction in violence period".

However, he justified strikes in support of the Afghan security forces because "in Doha, we agreed the US and coalition forces would continue to partner, support - and when necessary defend - our Afghan brothers and sisters".

The Afghan government also claimed that the Taliban have increased attacks against security forces and civilians after signing the peace agreement.

Tariq Arian, the spokesperson for the Interior Ministry, told reporters that Taliban attacks have killed 387 civilians and injured 590 across the country since the day the group signed the deal with Washington.

"This is an unforgivable crime and such acts are against human and Islamic values," Arian said, adding the Taliban abducted at least 200 civilians during this period.

The Taliban-US peace agreement is to pave the way for the withdrawal of US troops and begin intra-Afghan negotiations in exchange for the Taliban's security guarantees.

The deal lays out a roadmap for the full withdrawal of US troops in Afghanistan starting with the removal of 8,600 soldiers, in 135 days after the signing of the peace agreement with the Taliban.