After Adverse Reaction From India, US President Donald Trump Withdraws Offer To Mediate On Kashmir 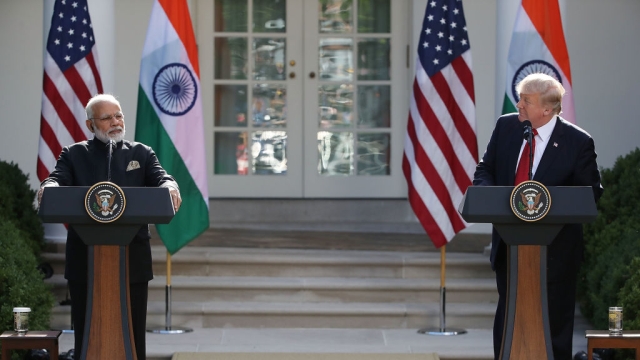 India’s Ambassador to the United States (US), Harsh Vardhan Shringla has said that the US President Donald Trump has withdrawn his offer to mediate after a terse reaction from India to the suggestion, Tribune has reported.

“President Trump has made it very clear that his offer to mediate on Jammu and Kashmir is dependent on both India and Pakistan accepting it. Since India has not accepted the offer of mediation, he has made it clear that this is not on the table anymore,” Shringla said.

The decision has been in-line with decades-old American policy to encourage India and Pakistan to resolve the Kashmir issue bilaterally. India had strongly rejected the offer made by Trump during Pakistani Prime Minister Imran Khan’s visit to the US.

Trump had went on to suggest that Indian PM Narendra Modi had asked for his mediation to solve the issue. This had led to an almost immediate response from the Indian foreign office which had clarified India’s stand of the matter being discussed only bilaterally with Pakistan.