After Being Slammed For Anti-Semitism Under Corbyn’s Leadership, Labour Now Denounced For Anti-Hindu Prejudice 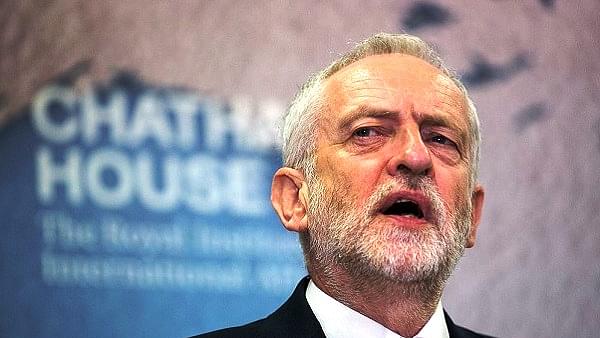 After being slammed by UK’s top Rabbi Ephraim Mirvis and the Archbishop of Canterbury, Justin Welby, for allowing anti-semitism to grow in his party, Labour leader Jeremy Corbyn has now been condemned by British Hindu leaders for being anti- Hindu, reports Daily Mail.

Earlier, Rabbi Mirvis had accused Corbyn for allowing a “poison sanctioned from the top” to take root in the Labour party

Now, the Hindu Council in UK has come out with a statement saying, “Anti-Hindu prejudice had festered under Labour.”

Muslim Council of Britain had previously also gave its support to the view espoused by Rabbi Mirvis.

Anil Bhanot, the Hindu Council's director for interfaith relations, said: 'It is a sad state of affairs that a major political party in our country which used to be a progressive socialist voice has veered towards what is almost a fascist ideology.'

Anil Bhanot wrote a letter to the Chief Rabbi supporting his intervention, saying “that Labour has increasingly become anti-Semitic and anti-Hindu.”

Labour Party under the leadership of Jermy Corbyn had unanimously passed the Kashmir Resolution in the wake of the abrogation of Article 370 in J&K. The 25 September motion on Kashmir seeks international observers to "enter" the region and demand the right of self-determination for its people, drawing criticism from the Indian diaspora.

Immediately 100 British Indian organisations had taken affront to the Labour Party’s 25 September emergency motion on Kashmir, writing to its leader Jeremy Corbyn and calling it "ill-conceived and partisan."