After Cementing Ties With US, India Looks To Europe; Foreign Secretary Harsh Shringla To Visit Paris, London And Berlin 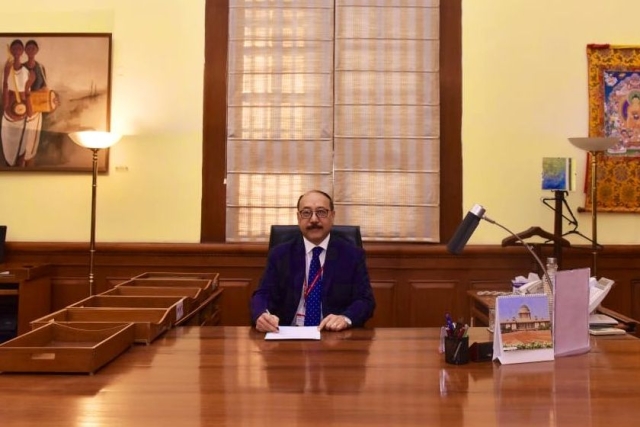 Following the successful conduction of the 2+2 ministerial engagement with the United States (US), the Government is now set to embark on bolstering the relations with strategic partners in Europe. For the same, Union Foreign Secretary Harsh Shringla is set to depart for London, Paris and Berlin, reports Times of India.

During his visit to key destinations in Europe, Shringla will be addressing established think tanks like Policy Exchange in London and IFRI in Paris as an outreach measure. He will also be holding meetings with business leaders in these nations.

The Indian push for greater synergy and alignment in relations with European nations comes as India is still to help shape European view on a couple of key foreign policy and security issues encompassing the Indo-Pacific and China, even as it continues to foster a deeper engagement in building development and security relationships in vital areas of defence, climate and energy.

Shringla's European outreach is likely to give a fillip to Indian engagement with European nations after over six months of COVID-19 imposed isolation and challenges.