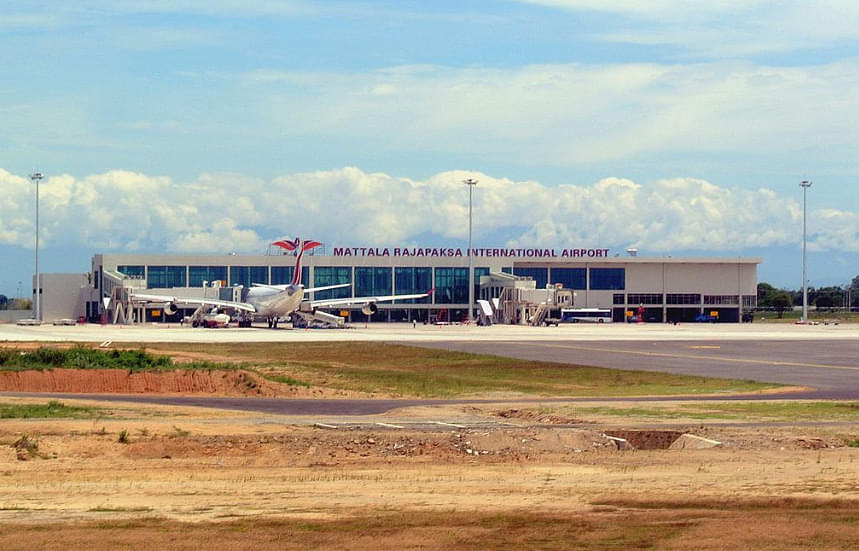 Sri Lanka - owing to the position it holds along key maritime routes - has again found itself at the convergence of Indian and Chinese geopolitical strategies.

In the lead up to Sri Lankan Prime Minister Ranil Wickramasinghe’s visit to New Delhi, India has expressed interest in leasing the Mattala International Airport for 40 years, at the cost of about $200 million. China’s hawkish state-run newspaper, Global Times, has dubbed the move as “a shortcut to increasing New Delhi's presence in Sri Lanka to counter China's influence”, in what can be cited as a success for Indian foreign policy.

The move comes as a relief for Sri Lanka, which has been under severe debt burden owing to Chinese loans in the past, including the Hambantota port which was built by a Chinese company. In typical Chinese fashion, billions of dollars have gone into widespread construction projects in Hambantota, including the port, highways and an unfinished industrial zone, also generating a lot of local unrest. Recently, Sri Lanka had been forced to give up 85 per cent of it’s stake in the project, to a Chinese company, in exchange for $1.1 billion in debt relief.

However, it will be a welcome news for India if the deal for the airport materialises. Notably, the international airport has been built by the Chinese too, but has been largely unused owing to lack of economic activity in the area. The airport, near Hambantota, can be expected to become busier once the industrial zone is operationalised, and as claimed by the Global Times, “will likely transform the area into an important trading and logistics hub and attract massive investment".

India has proposed to use it as an aircraft maintenance depot and a flying school for a state aviation company, and the deal is expected to go ahead by March. India also plans to use to the airport for it’s own airlines, as interest in tourism to southern Sri Lanka has spiked but the main reason might as well be to get eyes on the now Chinese managed Hambantota port.