After Dhanush And M777 Howitzers, Modi Government Is Set To Finalise Third Artillery Deal In A Year 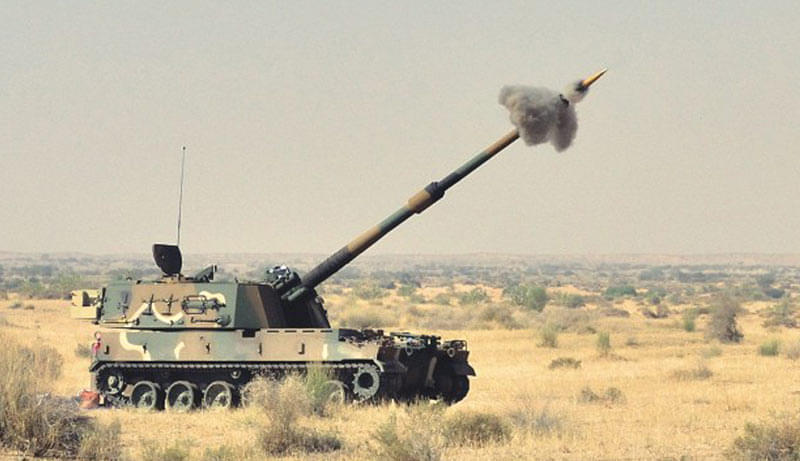 India is preparing to finalise a $660 million deal for the purchase of 155mm/52-caliber K9 Vajra-T artillery gun – its third major artillery system purchase in the past year. This is part of Prime Minister Narendra Modi’s $250 billion defence modernisation programme, and is aimed at equipping the Indian army with the best-in-class weaponry.

The K9 Vajra-T artillery gun, co-developed by Larsen & Toubro (L&T) and Samsung Techwin, cleared the evaluation trials of the defence ministry in a global competition. The gun will be made at L&T’s Talegaon plant near Pune. The deal for 100 guns is estimated to cost between Rs 4,500 and Rs 5,000 crore. The contract will also have a follow-up option clause of 50 additional K9 Vajra-T guns.

India has already signed contracts for the purchase of M777 Howitzers manufactured by the United States-based BAE Systems and the indigenously developed Dhanush guns. Being light-weight systems, these guns are highly manoeuvrable and can be airlifted to areas in Arunachal Pradesh and Ladakh that remain inaccessible by road most part of the year due to inhospitable weather and rugged terrain.

As part of its 1999 Field Artillery Rationalisation Plan, the army aims to acquire 2,800-3,000 artillery pieces. India currently uses over 200 Haubit FH 77 guns, procured from Swedish manufacturer Bofors from 1986. The 1999 Kargil War illustrated the utility of light-weight artillery that can be quickly deployed in mountainous regions.